Connect with us
Shouts rented the air yesterday when a 26-year-old herbalist, Ekene Oluka, allegedly shot and killed a 13-year-old, identified as Obumuneme Oluka, while testing his anti-bullet charm on the young boy. 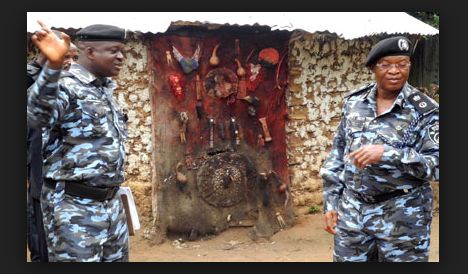 The incident occurred at Amagu-Uwani in Igbo-Etiti area of Enugu State. The herbalist, now at large, had, at different times, successfully tested the charms he prepares for “bad guys”, which was said to protect against bullets and cutlass, on Obumuneme.

But this time, the herbalist, after covering the boy’s body with concoctions, fired a shot at him and it went through his vital organs, leaving him unconscious instantly.

The state Police PRO, Mr Ebere Amaraizu, confirmed the incident in a statement to newsmen, adding that the command had activated a manhunt for the fleeing herbalist.

“However, this time it did not work, which caused severe injury on the head of the deceased, leaving him unconscious.

“He was confirmed dead as he was being rushed to the hospital. The body was deposited at the hospital mortuary of Attah Memorial Hospital, Aku.

Meanwhile, the suspect and his parents have deserted their homes to unknown destinations, while a manhunt for the fleeing suspect has been intensified.