Menu
The General Overseer of the Redeemed Christian Church of God, Pastor Enoch Adejare Adeboye, has frowned at ministers of the gospel growing beards in the name of new fashion, just as he declared that as tough as things are in the nation today, “we are not owing anybody any salary.

“I don’t want to see any of my pastors looking like fellows from the training camps of Al-Qaeda,”

He also said that any elderly person who cannot show the noble journey for the youths in terms of dressing is not worthy to be described as an elder.

“The youths don’t respect an elder that looks like them. You are supposed to be their guiding light after they have fooled around,” Adeboye stated, saying pastors should be clean shaven at all times and must not in any way grow beards that will portray them as persons of different persuasion.


He also decreed that anybody who brings tribalism into the church should either leave the church immediately or will soon die like Annanais and Sapphira.

The 74-year General Overseer also enjoined all pastors in the church to regularly do a medical check up to avoid unnecessary and sudden deaths that can be avoided if the proper thing is done. 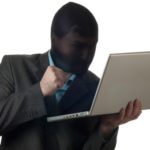 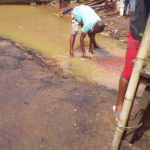