It is horrifying how 14-year-old Iraqi boy identified as Hamoudi al-Mutairi was reportedly murdered cold-bloodedly in the streets of Baghdad by homophobes amidst shouts of anti-gay slurs, just because he allegedly had a feminine look.

Sadly, the perpetrators of the heinous crime recorded the act and posted the video on social media, leaving many people who have watched it traumatized, with LGBTQ people worldwide condemning the act and calling for action against the criminals.

The video shows the poor boy identified as Hamoudi al-Mutairi crying and asking for his mother as he lied in the pool of his blood struggling for survival.

The murderers who reportedly stabbed the youngster repeatedly could be heard asking him “Who is your boyfriend?”

The incident has triggered hostile reactions among social media users. One Twitter user is quoted as saying:

“An innocent kid was killed in Iraq just because they suspected he was gay, I think the international community and especially the LGBTQ community should take a stand.”

Meanwhile, Kurdistan 24 reported that the Iraqi government has not responded to the incident yet. 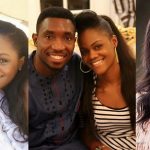 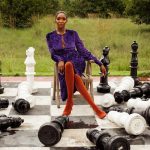