French President Emmanual Macron has been told that he is too arrogant by his own wife Brigitte, who claims she is fed up of his high-handed manner.

Brigitte Macron has urged and confided in her husband’s inner circle to tell him the truth, that he’s ‘too arrogant, too snappy’. She feels like nobody dares tell him the truth, she’s the only person who risks telling him when he is being high-handed.

This comes as a new book revealed Mrs. Macron has allegedly vowed retribution to the person who started whispers that her husband was secretly in a gay relationship.

These remarks came to light in a new biography about Michèle ‘Mimi’ Marchand, an adviser to the Macron family. The book has also left the couple red-faced by claiming that they were dependant on PR adviser Ms. Marchard, 71.

President Macron has been forced to deny rumours that Mr. Marchand used her connections to figure out who fuelled the gay rumours, with Mrs. Macron at the helm of the operation.

The newspaper also noted that Mrs. Macron, who is 25 years older than her husband, is sick of the press focusing on her age. She was also allegedly infuriated that social media posts wrongly claimed that she had lied about her date of birth. A friend of Brigitte told them: ‘She’s sick of talk of her age, she’s had enough.’ 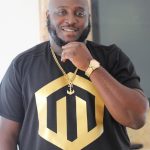 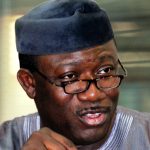