Melaye, who is known for dropping freestyled cover songs against his selected opponents at different times in his recent political career, took to his Instagram page to drop another song.

Before he began singing, he solicited with Nigerians to end hunger and poverty by voting out the All Progressives Congress (APC). He said:

He then went ahead to sing in Yoruba language. In the song, he was accusing Buhari for making garri expensive, making pounded yam unreachable, and seats as king over popular Nigerian staple, rice.

Watch him in the video below:

Say NO to poverty and hunger

The previous song he did was aimed at expressing his support for Atiku Abubakar, presidential candidate of the Peoples Democratic Party (PDP) and denouncing President Muhammadu Buhari of the ruling party, All Progressives Congress (APC). Check it out HERE. 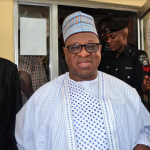 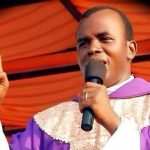