The Independent National Electoral Commission (INEC), has promised automatic employment for corps members who do well on election duty.

This was made known by the INEC Chairman, Mahmood Yakubu, while speaking
at the daily briefing in Abuja on Wednesday.

Responding to questions on the welfare of corps members who were seen sleeping on the floor the night before the postpones elections, Yakubu said he has spoken to the director general of the National Youth Service Commission (NYSC) on how to improve the wellbeing of the corps members. He said;

“The youth corps members are among the most educated, most reliable, most patriotic, and most readily available ad-hoc staff we have… so we don’t joke with the wellbeing of corps members,” Yakubu said.

“I am waiting for the DG NYSC to submit the details to the commission, but I want to assure you that anything that the commission can do to make the corps members comfortable, and all other staff, including their welfare and security, we will do.”

Thr INEC chairman said the commission will definitely reward excellence in the conduct of this year’s elections. He promised automatic employment for corps members who do exceptionally well in the delivery of their election duties. He said:

“Those who do exceptionally well during elections are accorded automatic employment by the commission. We would continue to improve on the welfare of corps members during elections and do whatever we can to protect them in the course of election duty.

He added that the commission has been working with the security agencies to provide protection even at the corper’s lodges across the nation.

He said in the past, these lodges were raided when the corps members were not around, and stole their personal effects. 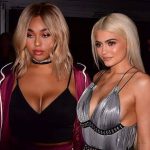 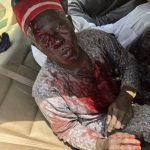