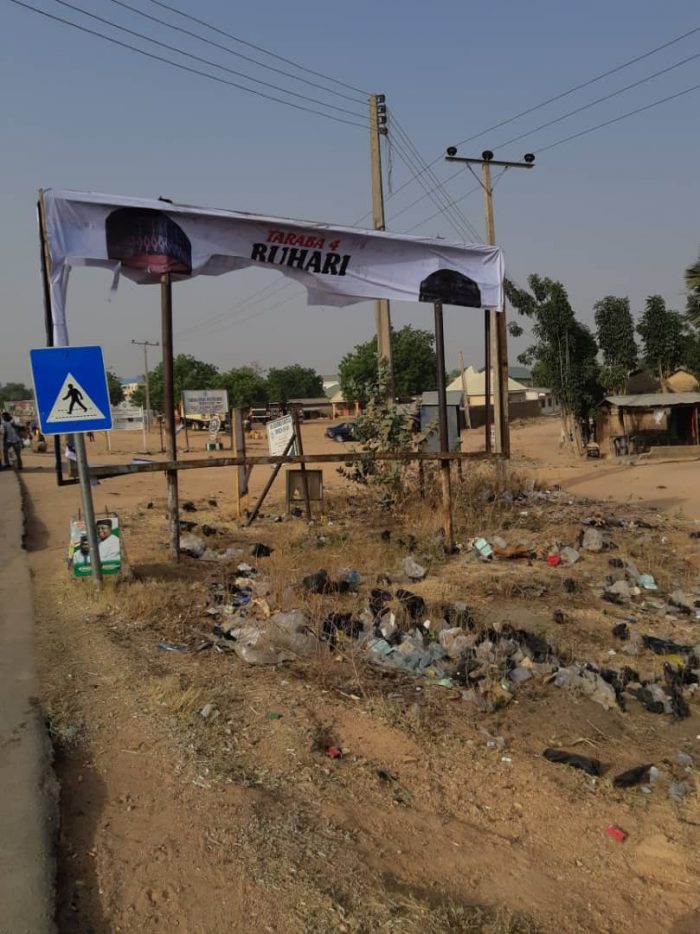 Thugs believed to be from the Opposition has destroyed President Muhammadu Buhari‘s Billboard posters ahead of his visit for the All Progressives Congress (APC) campaign rally in Jalingo, the capital of Taraba State.

President Buhari is expected to take his campaign rally to Adamawa and Taraba States today, after Benue and Nasarawa yesterday. An APC source speaking on the destruction said:

“While President Buhari is preaching peace and making it clear that all Nigerians should be allowed to vote candidates of their choice, the PDP is getting more and more desperate and thinking of the elections as a do-or-die affair.”

“PDP has seen the handwriting on the wall, which is why their campaign strategy right now is focused on shouting about rigging, publishing doctored polls, and destroying campaign materials belonging to the APC. But we will not be moved by their antics.“

“The President has asked APC members in Taraba not to reciprocate, that they should continue with their peaceful issues-based campaign. These destroyed billboards were highlighting the projects executed by the Federal Government in Taraba, such as dams and agriculture. Clearly, the PDP does not want citizens of Taraba to know about the impactful initiatives of Mr President in their states.” 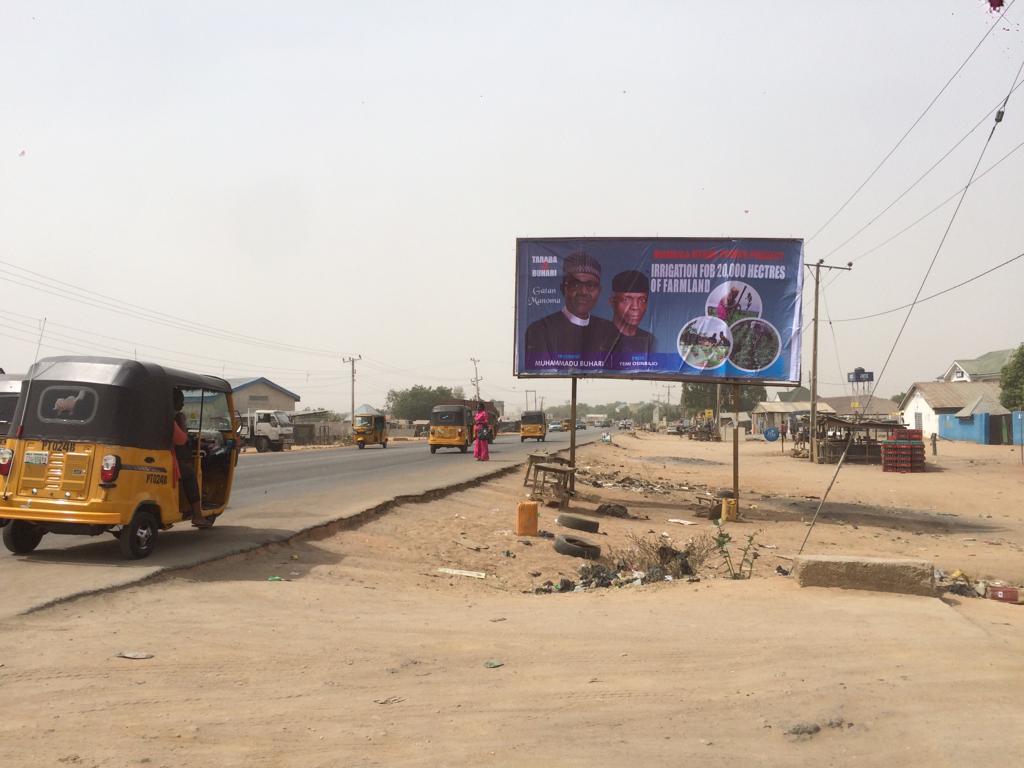 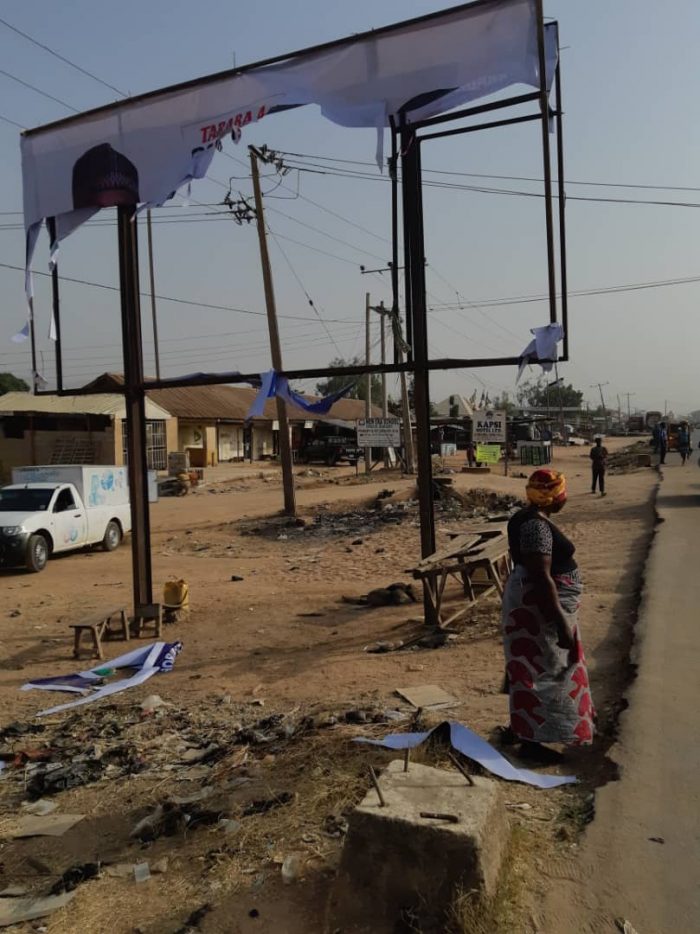