Imo State Governor, Rochas Okorocha, has declared that he has sacked the National Chairman of the All Progressives Congress (APC), Adams Oshiomhole, for suspending him from the party he founded.

On Friday, Adams Oshiomhole-led committee, the National Working Committee of the APC, suspended Governor Okorocha, along with Governor Ibikunle Amosun of Ogun State; the Minister of Niger Delta Affairs, Usani Uguru; and the Director-General of the Voice of Nigeria, Osita Okechukwu.

During an interview on Sunday Politics on Channels Television, Okorochas said Oshiomhole did not have the power to remove a party member without due process. He said:

“I just heard media reports that I’ve been suspended from the party. I think Adams is seeking relevance and looking for attention. He doesn’t have such powers to remove somebody without following the due process. If he is joking, which I think he is, I also have decided to sack him myself.

“I learnt that the reasons he adduced for my being suspended from the party is for anti-party reasons. I think Adams is the biggest player of anti-party activities in the APC. The man has simply destroyed the party to a great extent.” 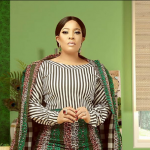 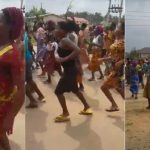