Vice President Yemi Osinbajo has said that his surviving a helicopter crash in Kogi State last February had saved a lot of persons from trouble as they have been saddled with the responsibility of explaining their roles in needless conspiracy theories.

Osinbajo and his team escaped death as his helicopter crash-landed in Kogi State. Neither he nor other occupants of the helicopter suffered any serious injuries.

During a special thanksgiving service organized by the Aso Villa Chapel Abuja to celebrate the re-election of President Muhammadu Buhari and Osinbajo, the vice president pointed out that if he had died in the crash, many government and non-government officials, including his security details would have been blamed or put in trouble for many things they didn’t even know about. He said:

“On February 2nd, God gave me reason to know that but for his grace, we would have been consumed, when our helicopter crashed.

“When the crash occurred, for a moment there was complete silence. For a second, it occurred to me that if we had died that is what it would have been, complete silence. But we all got out without a scratch. God delivered us.

“God also delivered those in charge of our security, the government of Kogi State would have also been in trouble. We give God all the glory. I pray God will also be kind to you all also, that you will never be lacking in support, care and genuine prayers.

“God is surely worthy to be praised. I have no special qualifications to be here but exaltation comes from God.” 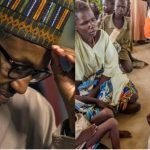 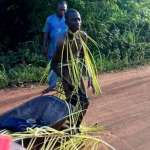