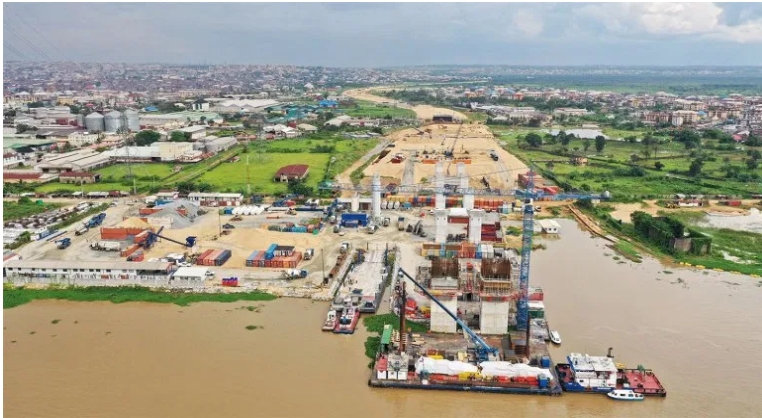 Julius Berger Nigeria Plc has released fresh images and report on the progress recorded with the ongoing construction of the 2nd Niger Bridge.

The company was awarded the contract in July 2018 by President Muhammadu Buhari with work commencing in September 2018 with a projected contract period of 3 and a half years.

In a fresh report which accompanied the images, the company said as of January 10, 2020, the project had reached a stage of 30.12% completion.

The project is expected to be completed by February 2022. In June, the company launched a website to “allow Nigerians track the status” of the project.

Below are the newly released report and pictures: 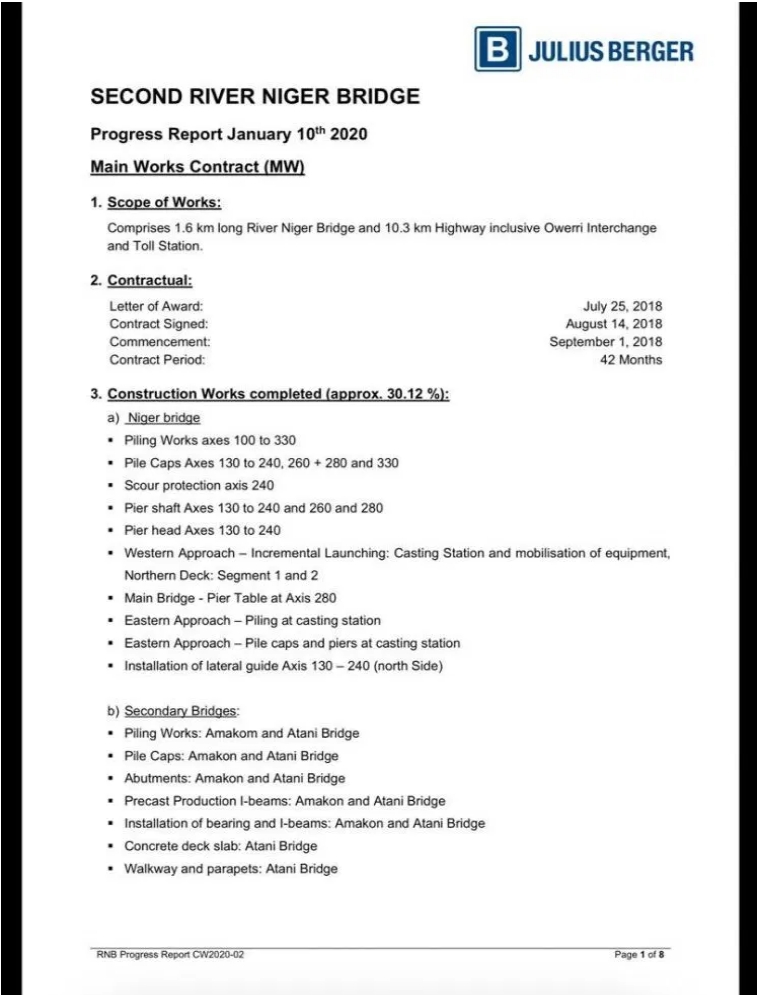 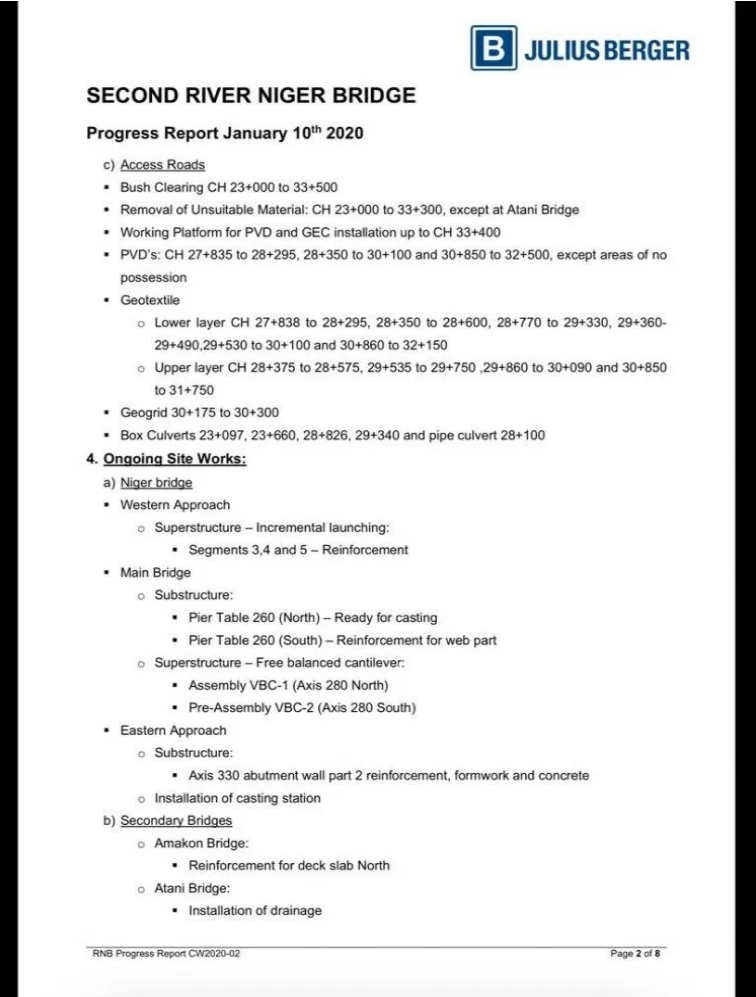 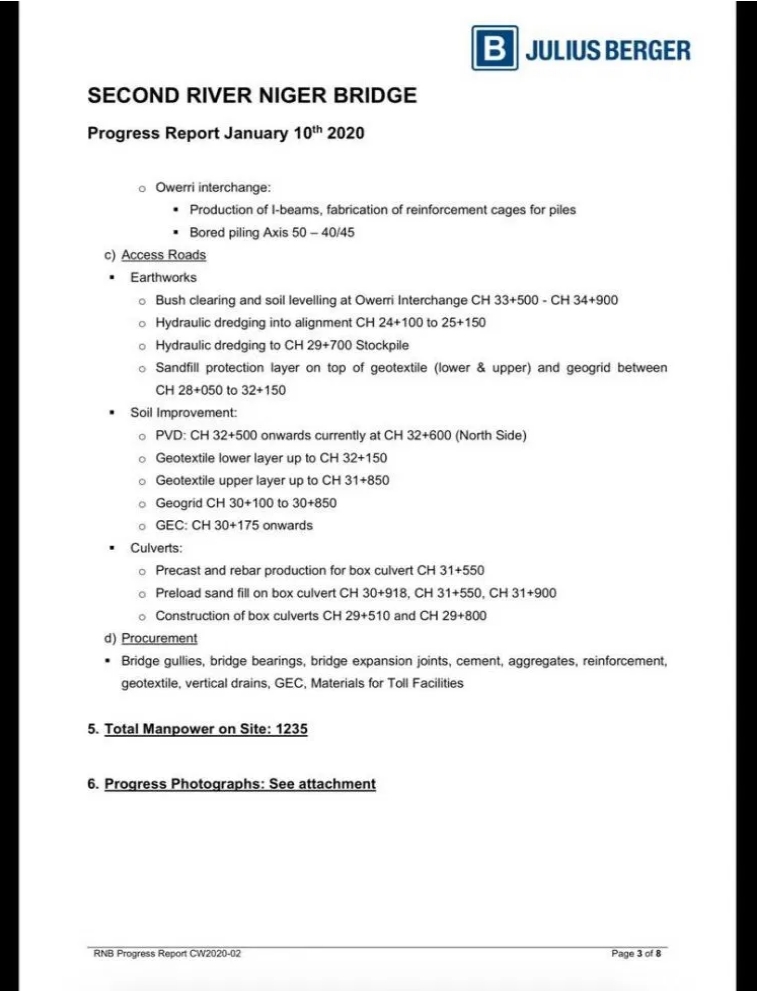 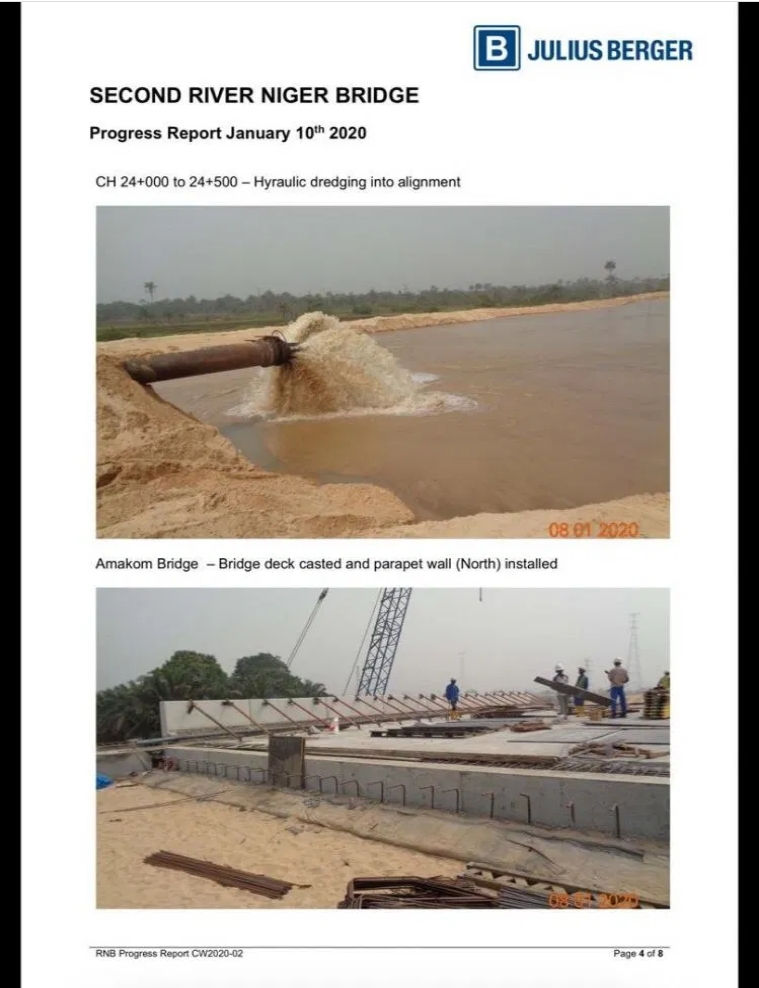 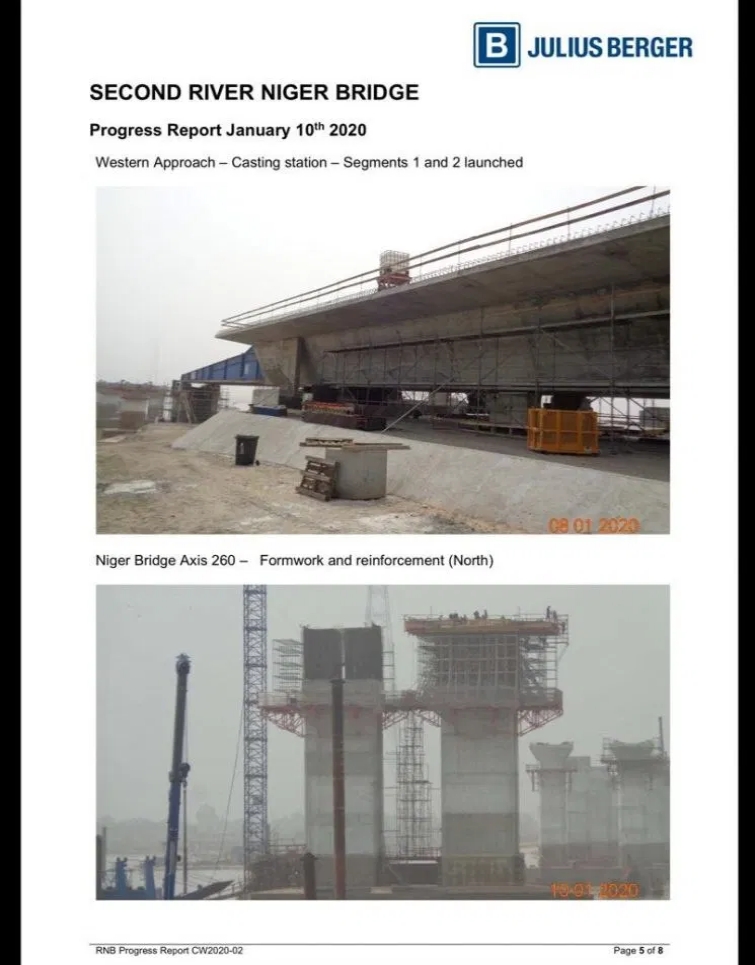 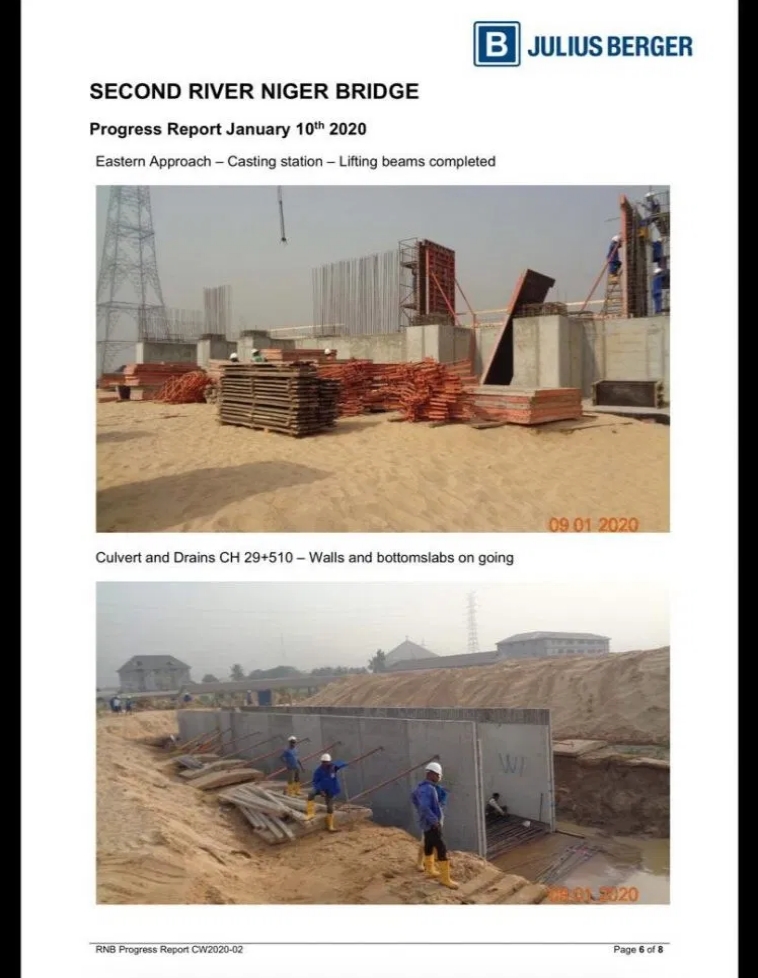 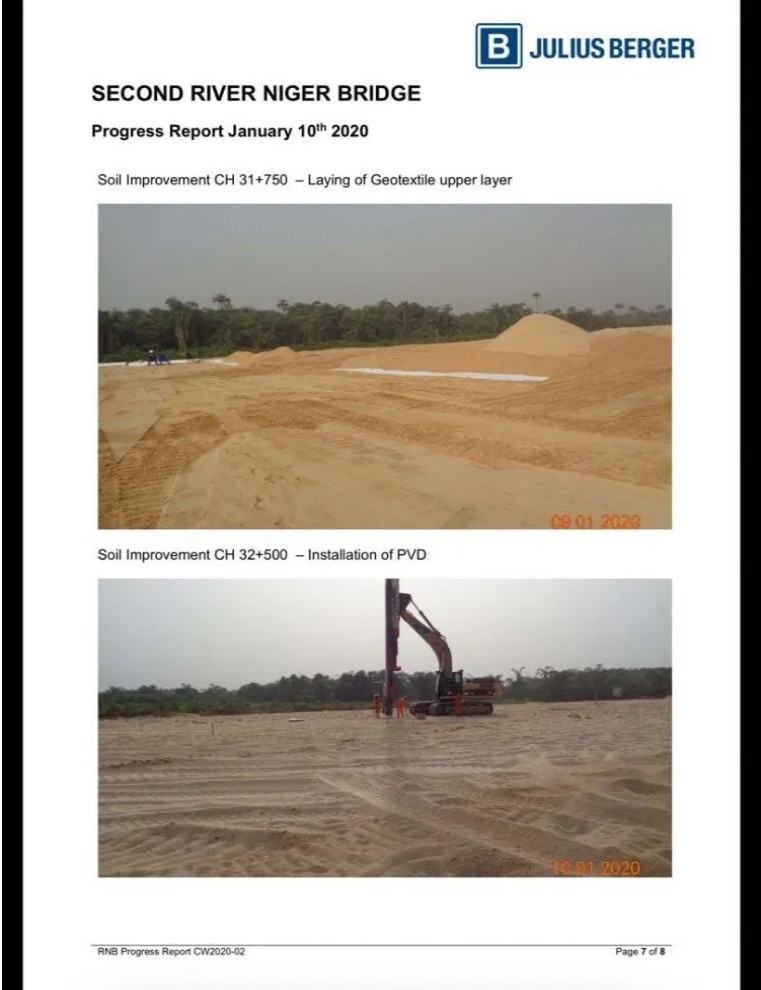 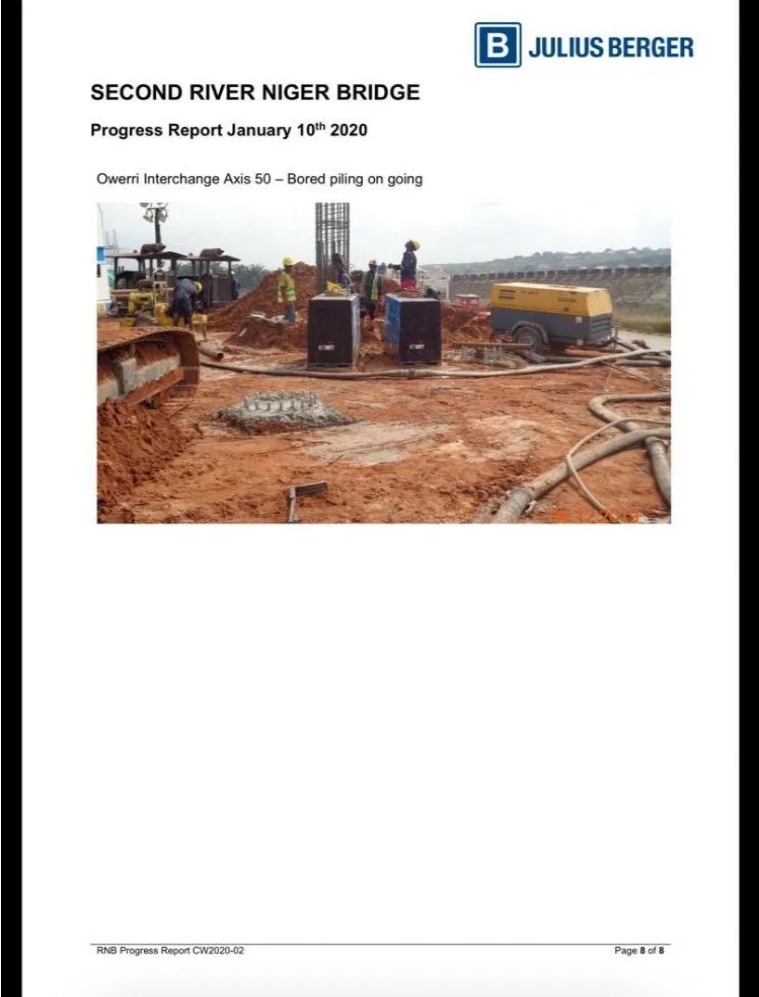 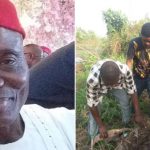 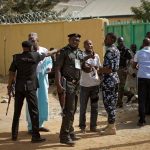