The Nigeria Centre for Disease Control (NCDC) has announced 315 new cases of coronavirus, bringing in the total number of infection in the country to 12,801.

Of the number of positive cases in Nigeria so far, 4040 persons have fully recovered and have been discharged while 361 persons have died.  NCDC wrote:

A breakdown of cases by state can be found via https://t.co/A0NkMvZqE5#TakeResponsibility pic.twitter.com/pqMroknNlG 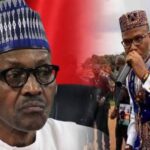 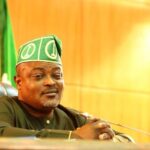