Ondo State House of Assembly has suspended three lawmakers for unruly behaviour, amidst the impeachment plot against the embattled deputy governor, Agboola Ajayi. 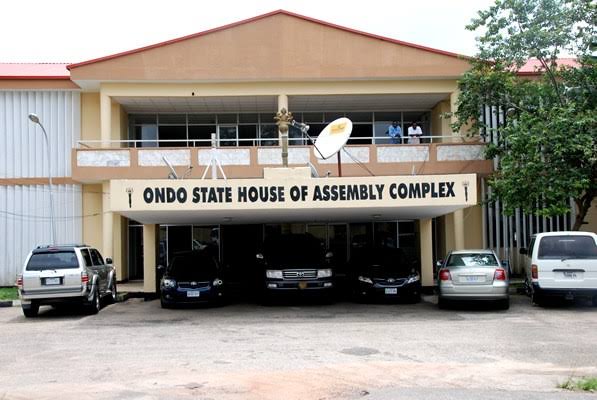 The suspension which was based on allegation of violation of the standard rule of the House, was announced at the plenary on Wednesday, July 8, 2020.

Fourteen members of the House had signed an impeachment notice against the deputy governor, including the Speaker of the Assembly, Bamidele Oleyeloogun.

However, the three suspended lawmakers were among the nine members that disassociated themselves from the impeachment plot against deputy governor.

Hon. Jamiu Maito, who was also among the nine deputy governor loyalists, announced his resignation as majority leader of the state House of Assembly. His resignation letter was read on the floor of the house on Wednesday by the Clerk of the House, Bode Adeyelu.

KanyiDaily recalls that Deputy Governor, Agboola Ajayi had said the impeachment plot against him by the State House of Assembly is dead on arrival.