Nigerian athletes staged a protest on Friday in Tokyo, Japan, after ten of them were disqualified from participating in the ongoing Olympic Games. 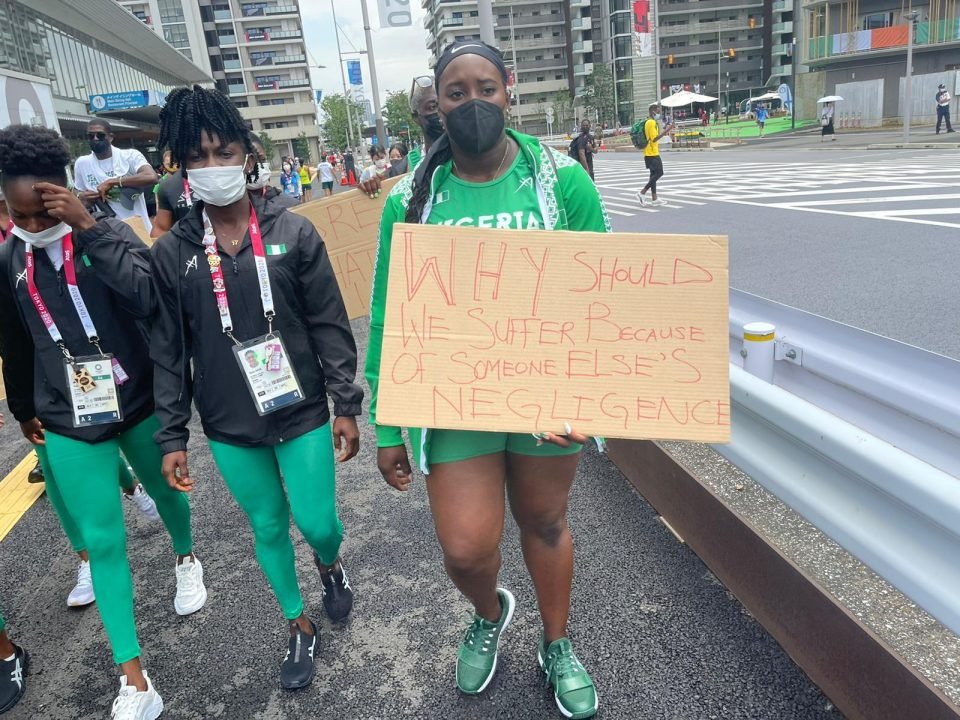 In series of photos circulating on social media, the protesting athletes were seen carrying placards with inscriptions such as “Why should we suffer for someone else’s negligence”, “We are not just alternates but potential medalists,” and “All we wanted to do was compete.”

They expressed frustration at seeing their dreams of competing at the ongoing Olympics dashed by negligence from the Ministry of Sports and the Athletics Federation of Nigeria (AFN). 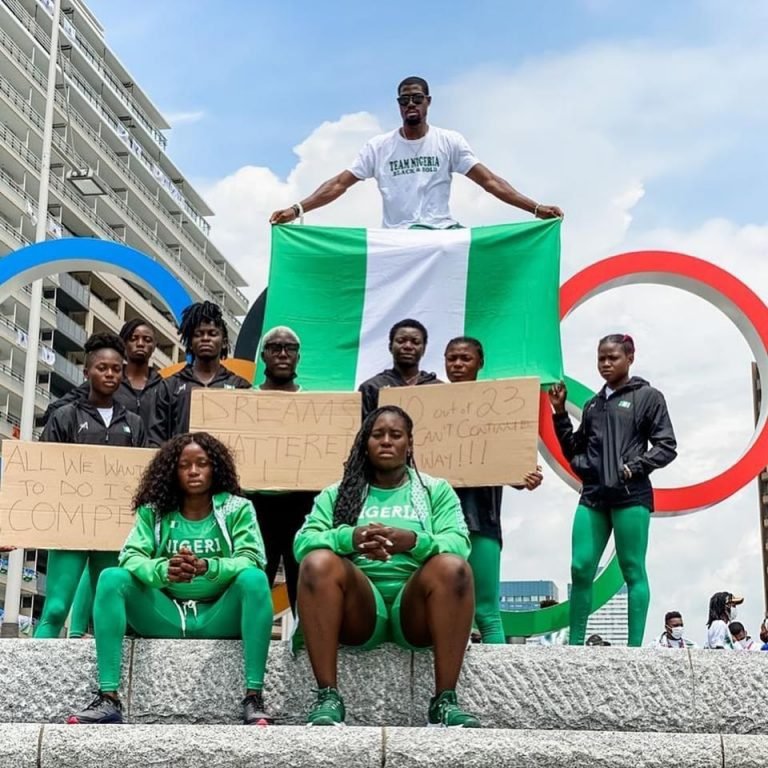 KanyiDaily had reported how the 10 Nigerian athletes were disqualified from participating in the ongoing Tokyo 2020 Olympics after they failed to meet the minimum testing requirements under Rule 15 of the Anti-Doping Rules for ‘Category A’ federations.

A statement issued by the Athletics Integrity Unit (AIU) on Wednesday showed that a total of 20 athletes were ineligible in the event, with Nigeria being the most affected. 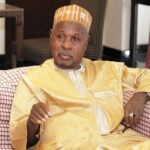 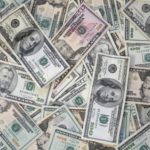