Nigerian gospel singer, Dunsin Oyekan has tackled Christians who listen to secular music and still share it on public space. 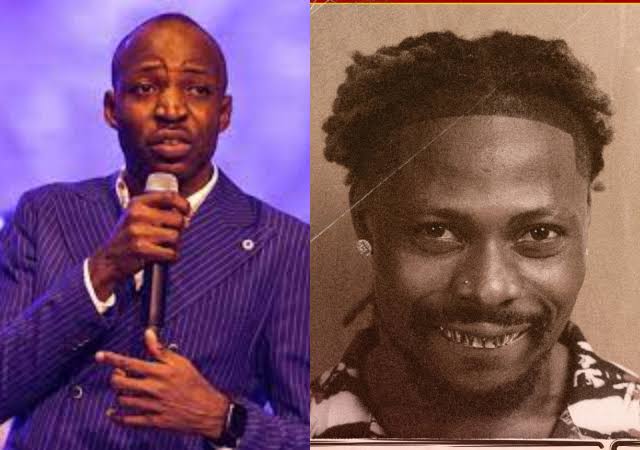 The gospel singer, who spoke during a recent ministration, said people who listen to worldly musicians like Asake are confused because they can’t hear from God.

Dustin cited an example of how some Christians would listen to a gospel song by Nathaniel Bassey after listening to Asake.

He added that he’s always baffled when these people insist they are unapologetically children of God and still play secular music.

“At the end of the year, when people were tagging some of us for their Spotify, Apple review for the year, and the people they listen to, you will see one secular musician. And then you will see Nathaniel Bassey. I’d say what is he doing there?

“Your confidence baffles me, how will you hear God, you are living in a confused state.

“Nathaniel Bassey does it for me but you just played brother Asake. And you are bold to share it online.

“Sometimes I look at their profile some of them will write unapologetically a child of God,” he said

READ:  Keri Hilson Is Coming To Nigeria, Billed To Perform At Club Opening In Abuja

KanyiDaily recalls that Asake recently expressed generosity by gifting his fans $100 notes each during his concert in Birmingham, England.

READ:  "I Want to Spend My Life With You" - Offset Begs Cardi B For Forgiveness Publicly In New Emotional Video

Related Topics:AsakeDunsin Oyekan
Up Next

“We Have To Be Careful” – Lady Raises Alarm Over ‘Satanic Symbols’ Used By Timaya, BNXN Buju [Video]