A man has taken to social media to announce the end of his relationship with his girlfriend, one year after their engagement in Uganda. 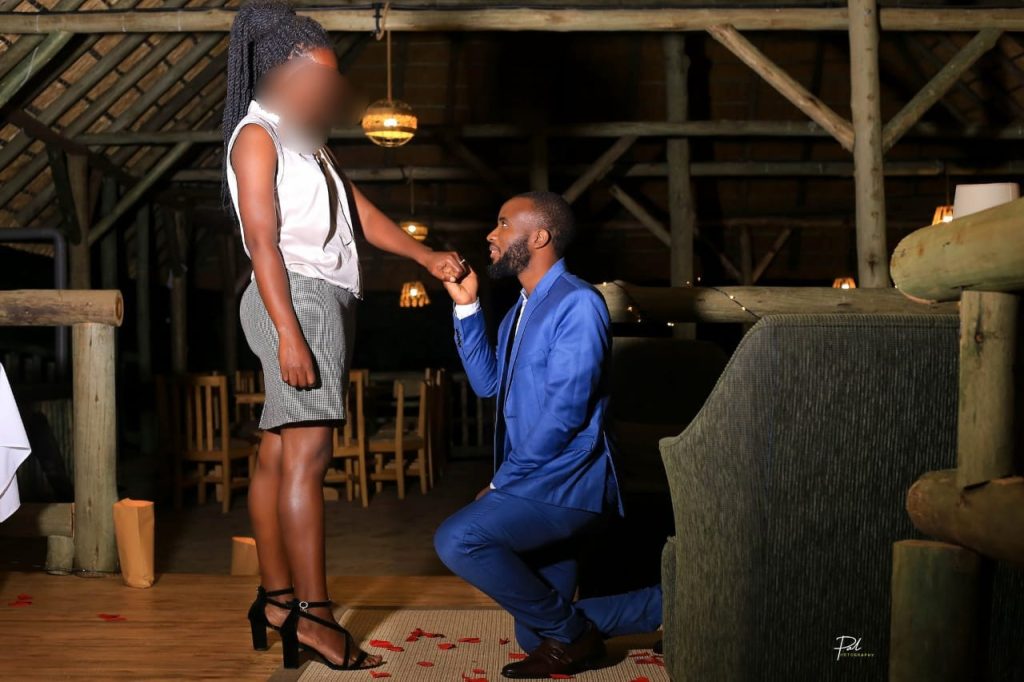 Man Calls Off His Engagement

On November 6, 2021, the man had taken to his Twitter page to share photos of him proposing to  his girlfriend on his birthday.

Sharing their engagement photos, he wrote: “She said yes on my birthday and i have never been soo excited all my life. Love is a beautiful thing.’‘

While people anticipated their wedding, the man dropped a shocker on Friday morning, January 6, 2023.

The man revealed that they are no longer together, noting that he tried his best, but it ended in tears for him.

“It ended in tears but we move. I did my very best but unfortunately things didn’t go as planned, back on these streets,” he wrote. 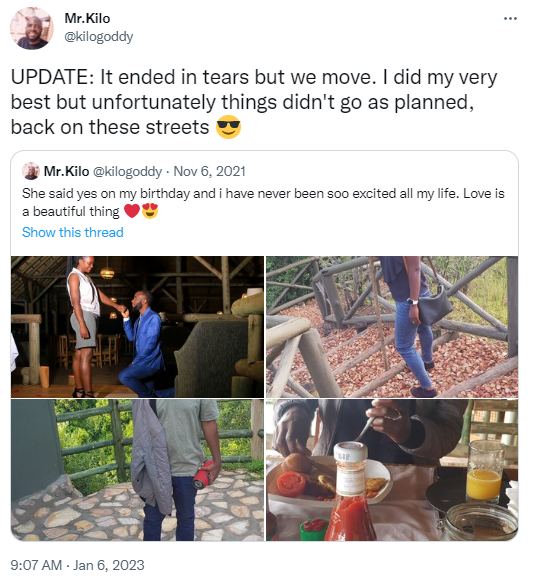 KanyiDaily had also published a video showing the moment a man dumped his wife while they were on their way back from church after their wedding.

READ:  How Ekweremadu, Wife Tried To Traffic A Boy To UK To Harvest His Kidney For Their Sick Daughter 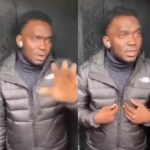 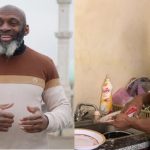