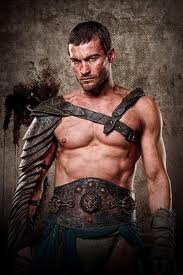 Welsh-born actor Andy Whitfield, star of the US television series Spartacus:
Blood And Sand, has died at the age of 39, his manager has said.

Whitfield, who played the title role in the controversial swords and sandals
drama, had been diagnosed with cancer.

He was found to have non-Hodgkin lymphoma during a routine check-up last year
just before filming began on the second season of the drama, set during the
Roman Empire. Doctors said at the time that the cancer was detected in its early
stages and was “very treatable”.

In a statement, Whitfield’s wife, Vashti, described her husband as a
“beautiful young warrior” who died in the “arms of his loving wife”.

“On a beautiful sunny Sydney spring morning, surrounded by his family, in the
arms of his loving wife, our beautiful young warrior Andy Whitfield lost his
18-month battle with lymphoma cancer,” she said in a statement. 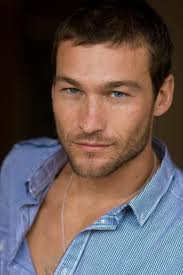 “He passed peacefully surrounded by love. Thank you to all his fans whose
love and support have help carry him to this point. He will be remembered as the
inspiring, courageous and gentle man, father and husband he was.”

Whitfield, from Amlwch in North Wales, studied engineering at Sheffield
University and worked in London for five years before moving to Sydney in 1999.
In Australia he worked as an engineering abseiler examining buildings such as
the Sydney Opera House for potential problems.

After taking an acting course, he became a well-known face in adverts and
landed the lead in the gothic action thriller Gabriel in 2006.