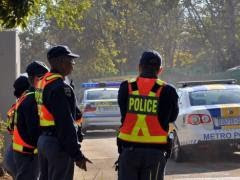 14-year-old boy, will appear in a South African court on Thursday for the rape of a 17-year-old girl whose attack was filmed and has gone viral.

“The arrests emanated from the circulation of the video by the suspects – that’s how the police picked it up,” Ndou told AFP.

Seven other suspects were also seen in the video and will be appearing at the Roodepoort magistrate’s court.


The eighth suspect, a 37-year-old man, was arrested on Wednesday after the victim, whom local media reported has the mental capacity of a four-year-old, was found in his house.

She had gone missing on March 21 but her disappearance was not reported by her mother, said Ndou.

“We found him with the girl in his house and he was charged for abduction and rape.” Watching the video is a crime under South Africa’s child pornography law.

The Cape Times on Thursday said the low-quality cellphone video showed the girl screaming and begging for her attackers to stop as they took turns to rape her.

It ends with one offering her two rands (26 US cents) for her silence and she is heard crying, the newspaper said.

The video’s spread has forced South Africa to confront its staggering incidence of rape.

More than 56,000 cases were reported to police last year. But the crime is often under-reported, like the case of the 17-year-old.

A 2009 study by the government’s Medical Research Council revealed that only one in 25 rapes were reported to the police. The same survey found more than one quarter of South African men admitted to raping a woman or girl. – AFP