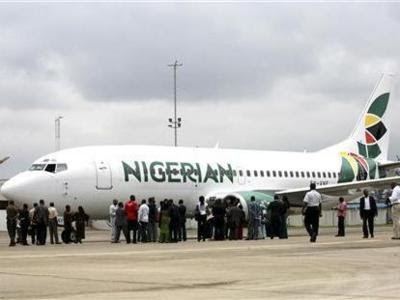 Passengers aboard an Abuja-bound Air Nigeria plane at the Murtala Muhammed Airport (MM2) panicked on Sunday as the engine of the aircraft refused to start. All had been set for the first flight for the day by Air Nigeria to Abuja, when after several attempts, the pilot was unable to start the engine.

The pilot then explained to the passengers that the development was caused by the fact that the ground power could not ignite the engine. However, after three different ones were brought and the aircraft engine still failed start, the passengers demanded that the aircraft crew open the door so they could disembark and look for alternative means especially  since some of the women were going to Abuja to attend the visiting day at their children’s school. Their anger was that with the situation of things, it could be impossible for them to get to see their children and also return back to Lagos if they wait for the airline’s next scheduled flight which was slated for 3.45pm.

They argued that the management of the carrier should have, upon noticing the fault with the aircraft, made alternative arrangements to convey the stranded passengers who had reported to the airport as early as 6am to be able to catch the 7am flight..The passengers refused to be put on other flights going to Abuja and demanded a refund of their fare which eventually the airline did. 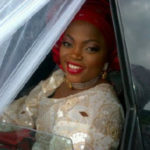