A 22-year-old pregnant woman and her unborn baby are alive expected to live after being kidnapped, set on fire and shot in Warren, Mich., police said.

The woman, who is nine months pregnant, told police she was dropping her ex-boyfriend at his new girlfriend’s home early Saturday morning after seeing a drive-in movie. After they pulled into the garage and got out of the car, the garage door closed unexpectedly, she told police. Continue reading to find out what happend to her.
“The next thing she knew she was grabbed by the throat and a gun was put to her head,” Warren Police Commissioner Jere Green told ABC News affiliate WXYZ-TV in Detroit. “She was ordered to the ground.”
Duct tape was placed over her mouth and wrapped around her hands and feet, and she was blindfolded, before being put back into her car and driven to an alley in Detroit, Green said.
“She didn’t know where she was at the time,” Warren police Sgt. Dave Geffert told the Detroit Free Press.

The man who kidnapped her indicated that it was because of her pregnancy.
“[The suspect] said ‘you know why this is happening’ and then he asked her about how far along she was,” Green said.

The woman told police she felt liquid being poured on her, heard a match strike and then was set on fire.
“She was able to get out of the car and start rolling on the ground, trying to put the fire out,” Green said. “And when that happened, two shots were fired and she was struck once in the back.”
The woman played dead, and the man left, police said.

“Right after the assailant had shot her, he fled the scene,” Geffert told the Free Press. “I’m saying ‘he’ because she reported a male voice, unknown description.”
She freed herself from the duct tape and drove to her mother’s house in Detroit. Her mother took her to the hospital.

Police took the woman’s ex-boyfriend into custody on Saturday and named him a person of interest in the case. He had not called 911 when she was kidnapped, police said.
A possible motive is the boyfriend not wanting another baby, police said.
An ultrasound performed after the attack showed the baby is healthy, police said, and the woman is expected to recover.
ABC News affiliate WXYZ contributed to this report. 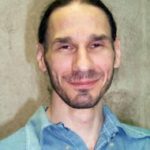