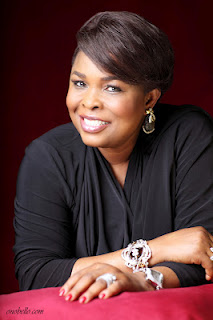 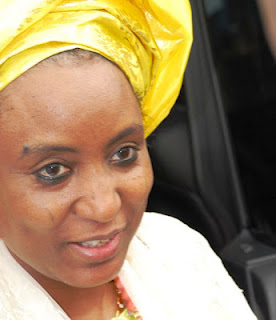 Gist
has it that the Minister of the FCT, Senator Bala Mohammed  has been
fingered in land scam which may now pose a show down between him and the
Former First lady Hajiya Turai Yar’Adua over who owns a land which is
situated within the heart of the town at the Central Business District Abuja, which now belongs to the current First Lady Patience Jonathan.

The rage over the plot of land began
when the FCT however revoked the land title ownership which was given to
an NGO named Women And Youth Empowerment Foundation (WAYEF) and which
also is being funded by Hajiya Turai, but the alleged land grabbing of
the FCT Minister surfaced back when the said land were relocated to
another organization known as African First Ladies Peace Centre, and
according to findings It`s being financed by First lady, Dame Patience
Jonathans.

It was
exclusively revealed that recently the Minister may have fallen out with
the First Lady, and all these alleged land grabbing and racketeering
may be another way of pacifying the First Lady which she may not be
aware of.
According to what we gathered, documents
of the land indicated that the said land which is situated at Central
Area close to ThisDay Dome was issued and allocated to the NGO (WAYEF)
on 19th February 2010, however in a shocking way, another document
which was dated August 11, 2008 emerges from the FCT government,
showing that the same plot of land has been indeed allocated earlier to
the African First Ladies Peace Centre.
However, the said
organization being funded by Turai, we learnt indeed seek a legal
redress and filed a suit  at an Abuja High Court which also was to
challenge the deeds f the FCT administration, which has turned a blind
eye to the ongoing construction. However, in a recent ruling,
which was delivered by Justice Peter Affen, we gathered that an
injunction which ordered the FCT to hold back all parties from any
further activities at the site was given.
However, the former 1st lady was said to be baffled when after only two weeks of the said injunction was issued, people working
for the  African First Ladies Peace Centre  has started work again on
the crisis ridden land which now compel counsel to Turai to as a matter
of urgency filed contempt proceedings against the FCT Minister Senator
Bala Mohammed and also the Attorney-General of the Federation, Mohammed
Bello Adoke; Abuja Geographic Information System (AGIS); and the Federal Capital Territory Administration were joined in the suit.

According to the lawyer representing the
former First lady in the suit, they claimed that the organization had
gotten all the necessary prerequisites which made them to have approval
of owing the land, and also paid a total sum of N166 million of the
constitutional N184million in September 2011, to the Abuja Geographic Information System (AGIS) for the right of occupancy of which the remaining balance of  N18million was paid in November 2011.

In
spite of the said payments the land was however revoked by the FCT and
even though the land C of O of August 2008 which was given to the
African First Ladies Peace Centre had specified that the land was to be
used only for ‘‘public institution,’’ the centre is not listed in any
official document as an agency, department or parastatal of the federal government, but according to the letter
of revocation and which was dated November 2, 2011 and signed by one
Mrs. Asma’u Mukhtar on behalf of the FCT Minister the land title was
revoked ,“due to an overriding public interest.”

In the same vein, another letter
of revocation was also issued to the African First Ladies Peace Centre
by the Minister of the Federal Capital Territory signed by Mrs. Asma’u
Mukhtar and also dated November 2, 2011. Subsequently, the court
granted the prayers of the plaintiff and orders thus: ‘‘I will and do
hereby record an order of interlocutory injunction restraining the
defendants whether individually or collectively from taking any action
or step that adversely affects the title, rights and interests over and
the said piece of land pending the determination of this suit.” 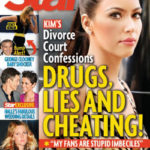