A number of the claims made by the removed Director
General of the Nigerian Stock Exchange in the course of proceedings at today’s
Public Hearing were downright false and deserve quick refutation and rebuttal so
that the investing and general publics as well as the public records do not
retain such falsification…..Hmmmm okay o, hope you guys didnt watched the proceeding yesterday on tv, drama all the way. Continue reading jare.
On the May 20, 2011
judgment of Justice Idris Mohammed of a Lagos High Court, Onyiuke claimed that
the SEC only appealed the award of N500m to Okereke – Onyiuke in
damages.
This is entirely false
because the appeal filed by the SEC was against the entire judgment. The appeal
challenged both the substantive judgment as well as the award of =N=500m which
was not sought for by Okereke – Onyiuke. Given the fact of this appeal
therefore, her claim to being the DG of the NSE is clearly false
She also claimed that
the SEC and CBN approved what she called the “Offer Prospectus” for “Private
Placements” which have remained unlisted on the NSE. This again is entirely
incorrect. At no time did the SEC ever approve offer documents for vendors of
private placements. We decry this recourse to deliberate falsification of facts
by Okere – Onyiuke under oath. We invite her to deposit proof of this
fabrication in the public domain. As a matter of fact, the SEC had placed a
number of “buyer beware” advertorials in key national daily newspapers advising
the investing public that private placements were beyond the regulatory purview
of the SEC.
The point she
deliberately refused to make is that Public companies also make private
placements for which the SEC must approve as opposed to private placements by
private companies.
This deliberate lie was
consciously fabricated by Okereke – Onyiuke to hoodwink the general public to
the wrong conclusion that the SEC Nigeria was negligent in discharging its
regulatory functions in the capital markets.
She also sensationally
claimed that the SEC was not performing its market development responsibility.
Nothing can be farther from the truth. The Subcommittee system which has been
revitalized by the SEC is a market – wide development initiative which is
intended to confront all areas of deficiency in the market. The recent investor
outreaches in Sokoto, Port Harcourt and Kano as well as ongoing capital market
awareness programmes in secondary schools and universities, and market wide
capacity building in collaboration with sister regulatory agencies and
multilateral financial institutions, are all instances of market development
effort undertaken by the SEC.
On the NSE’s trading
platform, all her claims were false. It is within the forte of the NSE to offer
a detailed refutation of these. What is material for us, from a regulatory point
of view, is that appropriate machinery has been set in motion to overcome the
challenges posed by the platform bequeathed by Okereke – Onyiuke through
wholesale replacement. Contrary to the misinformation offered by her, the
platform has a lifespan which lapsed in December 2011. It is not a renewable or
upgradable technology like she claimed.
But more significantly,
Okereke – Onyiuke, before her removal, had initiated the process of acquiring a
loan of 20 million US Dollars from African Export – Import Bank, AFREXIM Bank
for replacing the NSE trading platform. This is the same platform that the
current leadership of the NSE has concluded arrangements to procure from the
same supplier at 10 million US Dollars!

On succession planning, Okereke
– Onyiuke claimed that she had a succession plan in place. Contrary to this, it
is common knowledge that she kept vacillating on succession and delaying her
exit despite having spent 10 years in office as Director General and 26 years in
the employment of the NSE in senior managerial cadre. The SEC intervention was
the only way to cut short her reluctance. It was the only to put paid to the
regime of unaccountability and financial recklessness which she had instituted
to the point that the exchange was on the verge of bankrupt. 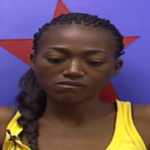 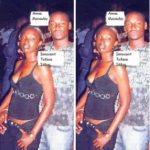