A 37-year old man, Ezekiel Eledu, who claimed to be a staff of Air
Nigeria Plc has been arraigned before an Ejigbo Magistrate’s Court in
Lagos for allegedly duping job seekers after he promised to give them
jobs in the company.

According to the victims, Eledu defrauded more than 41 job seekers of N1.2 million and promised to employ them at Air Nigeria. Some of the victims defrauded include Sunday Marvin, Alen Tina, Samuel Adebayo, and Anozie Esther….continue.

Others are Iloba Felix, Osagie Francis and Essiet Regina who allegedly lost N270, 000 to Eledu.
Some
of the victims who learnt of his arrest besieged the court yesterday to
complain that they were also duped by the defendant.

Agbor, Delta
State-born Eledu reportedly advertised that Air Nigeria was employing
workers and asked job seekers to part with certain amount of money so
that they would secure employment.
He allegedly told them that he
had the mandate of the management to employ workers but the prospective
job seekers must pay  him some money.

Eledu who is now in prison
custody at Kirikiri went allegedly forged the company’s letter head  and
signed appointment letters for the victims, telling them that they have
been employed.
The matter was blown open when he deployed them to Sokoto State in northwest Nigeria.
This aroused suspicion by the victims that he might be a fraudster.

Some
of the victims went to Air Nigeria’s office to find out and the
management reportedly told them that such employment did not exist.

They
went to Ikotun police station and reported the matter and Eledu was
arrested.After investigation, he was arraigned on a six-count charge of
forgery, stealing and fraud contrary to sections 323, 361, 278, 312 of
the Criminal Code Laws of Lagos State of Nigeria, 2011.
He pleaded not guilty when the charge was read to him..

The
presiding Magistrate, Mrs M. B. Folami granted him bail in the sum of
N700, 000 with two sureties in like sum who must show evidence of means
of livelihood and payment of tax.
The matter was adjourned till 22 August, 2012 for mention. 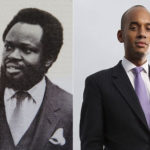