Controversial media personality, Daddy Freeze has replied a man identified as Sogunro Toluwase, who challenged him to heal a mad man in Lucifer’s name after he trashed Jesus. 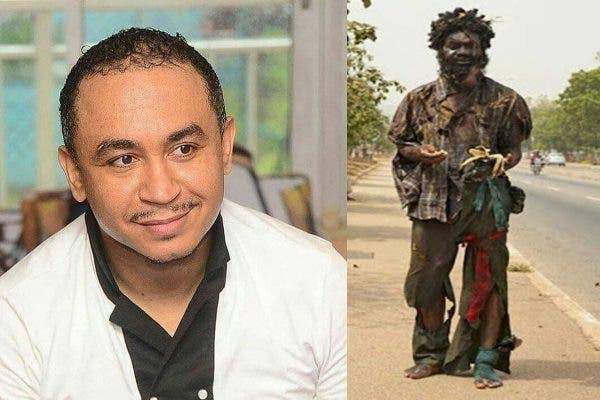 According to him, the name Jesus has no meaning in Hebrew, Greek, Latin or Aramaic whereas Lucifer who many attribute evil to and refer to as Satan means ‘light-bringer’.

Reacting to his controversial statement, Toluwase dared Daddy Freeze to heal a mad man in Lucifer’s name, adding that it is a test that will put an end to the rubbish he has been spewing on the social media.

“Sir I challenge you to a test. Let’s pick a random mad man on the street. Pray in the name of Lucifer I will pray in the name of Jesus Christ. Let’s see at the mention of who they get delivered. I dare you sir, this will end this rubbish you keep spitting out.”

But Daddy Freeze slamed him saying: “I think that the first mad man that needs prayers is you, so let me pray for you to be delivered from benightedness and unscholarly religious slavery which is the highest form of slavery.” 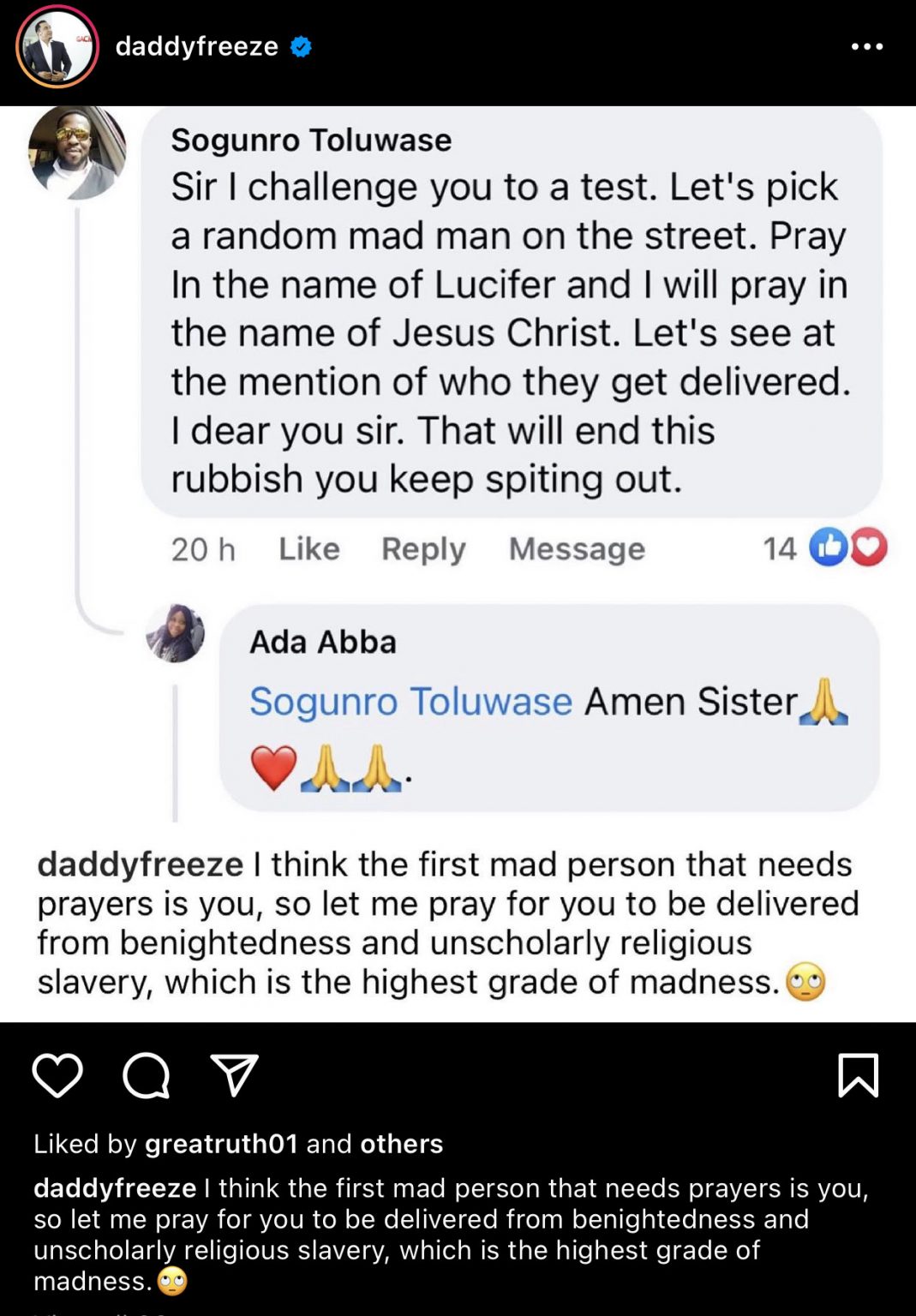 ALSO READ: “All Vows Are Satanic, Including Marriage Vows, Christ Said So Himself” – Daddy Freeze