Boxing legend, Mike Tyson has made a shocking revelation that he slept with a prison counselor many years ago to reduce his jail term from six to three. 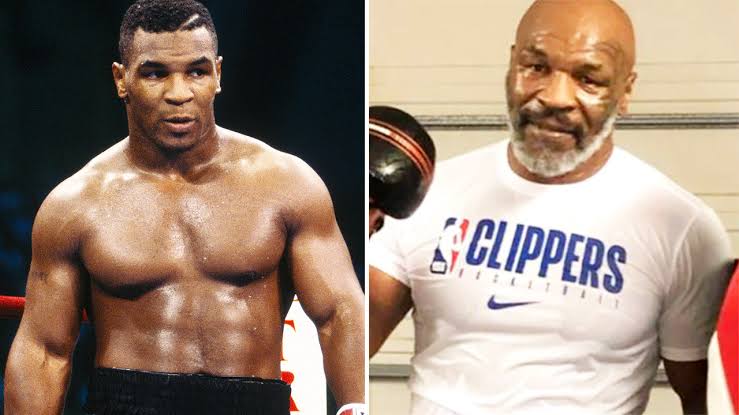 Mike Tyson, who is regarded as one of the greatest boxers of all time, had been arrested and prosecuted for allegedly raping an 18-year-old beauty pageant contestant in 1991.

He was convicted and sentenced to six years in prison despite pleading innocent. He was expected to spend six years at the Indiana Youth Centre.

The boxer was however released in 1995 after a little less than three years.

Not many people knew the actual reason why Mike Tyson returned from prison earlier than expected until his recent interview with VLAD TV.

Speaking about his life in prison, the 54-year-old explained that he was unruly in the prison during the first few months, so it aggravated his jail term – meaning he had to spend more time than the court sentenced him to.

He said needed to pass the GED (General Educational Development) in order to reduce his jail term which increased, so he slept with a prison counselor to help reduce his prison time.

“I got in trouble like the first six months and stuff, cursing, getting written up. And then by that time, I got the hang of the place. ‘Hey, I know how to do this.’ Next thing you know, I’m dating one of the counsel workers now, she’s letting me have sex with her now.

“So, by passing the GED (General Educational Development) they took that year away. So, I flunked the f****** GED … and got mad, and so I had to start dating this counsellor and stuff, giving her money and doing really some nasty stuff to her, and she let me pass this test.”

After returning from prison, Tyson fought and beat Frank Bruno in 1996 to regain his WBC title. He again won the WBA title by defeating Bruno Seldon in the same year before announcing his retirement in June 2005.

Meanwhile, RCCG General Overseer, Pastor Enoch Adeboye has opened up about his love for boxing legend, Muhammad Ali, whom he described as his ‘hero’.

I Cried Because My Daughter Wasn’t Going To Bear ‘Momodu’ – Davido’s Babymama, Sophia