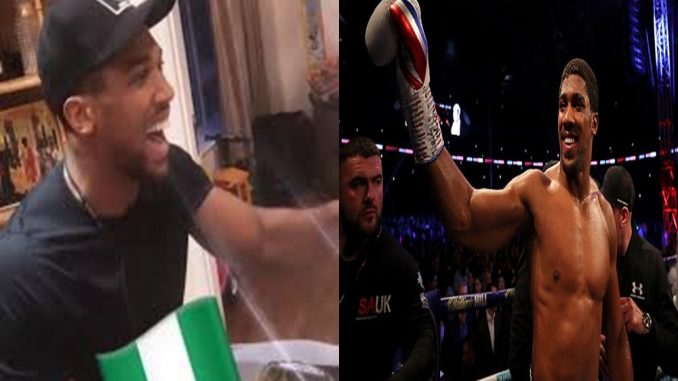 Anthony Oluwafemi Joshua, a British-Nigerian professional boxer, has melted the hearts of many Nigerians in a cute-hilarious video recently released on social media as the boxer was seen trying hard to recite the Nigerian national anthem.

The 29-year-old boxer, who was born and raised in the United Kingdom, is known for always trying to connect to his Nigerian roots.

In a new video released on Instagram, the boxing champion was seen connecting to his Nigerian roots by reciting the national anthem despite the fact that he did not know the lines.

It was obvious in the video that the boxer did not know the anthem as he struggled with the words. He tried to follow the tune while some of his friends made fun of him. 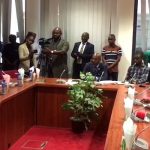 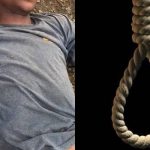