The Senior Special Assistant to President Muhammadu Buhari on Media and Publicity, Garba Shehu has denied a claim by the National Leader of the All Progressives Congress (APC), Bola Tinubu that he brought his principle into power. 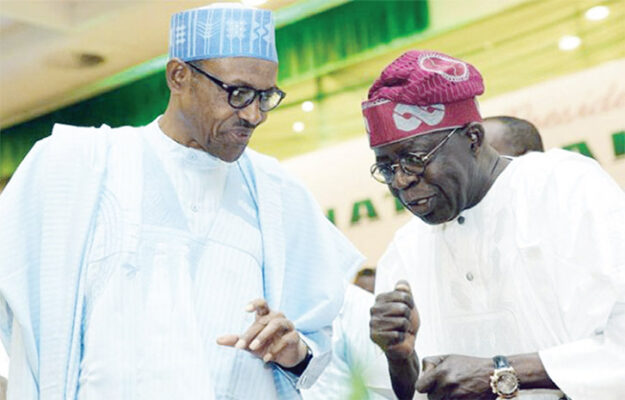 KanyiDaily recalls that during the meeting with APC delegates, Tinubu had said that without him, Buhari would have lost the 2015 presidential election.

The APC leader said Buhari had given up on the prospect of leading Nigeria until he traveled to Katsina and convinced him to contest again with his support.

Reacting in a statement on Monday, Shehu said no single individual can claim to have been responsible for Buhari becoming president.

According to him, millions of Nigerians played different roles which enabled the then opposition party to defeat the ruling party at the time.

The statement reads: “It is perhaps not surprising that on the eve of the All Progressives Congress (APC) flagbearer primary there are those running as candidates who wish to associate themselves with the President’s rise to elected office seven years ago.

“There are many people who played parts large and small in his historic election in 2015, making history as the first opposition candidate to defeat a sitting president with power changing hands peacefully at the ballot box.

“There are those who advised the President to run again; those who decided to build a political party – the APC – that could finally be the political vehicle capable of delivering victory where all other opposition parties and alliances before it had failed.

READ:  "I Would Have Got It If I Wanted" - Obasanjo Denies Claim He Seeked Third Term Presidency

“Those decisions may have been agreed upon by a few. But they were delivered by thousands and voted for by tens of millions. No one can or should claim to have made the possible. Yet as important as that moment was, it is not what should decide the next general election.

“What matters is the future: the policy platforms, the ideas, the drive, and the determination to take over the President’s stewardship of our country and build upon his legacy to make our country better than it has ever been.”

The presidency added that the aspirant who has the aforementioned qualities “is the one to lead our party and our country forward”.

Meanwhile, Bola Tinubu has expressed high respect for President Muhammadu Buhari, insisting that his comments about the president were misinterpreted.