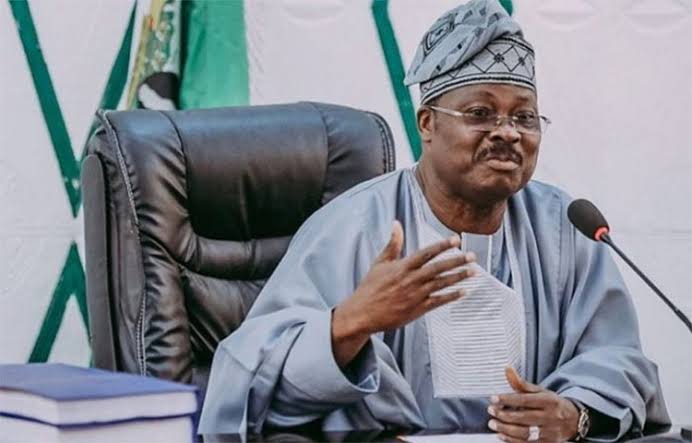 In the viral video, the former governor was heard telling his fellow politicians that he had asked God to kill him when he clocks 70.

According to him, his own father died a few days to his 70th birthday. Since then he said he prayed that if he could reach 70, it is enough for him.

"I told God To Kill me When I am 70" – Abiola Ajimobi #News #Naijapals pic.twitter.com/GymTeGdXCe

KanyiDaily had reported that Ajimobi died at age of 70 on Thursday, June 25, 2020, around 4pm in a private hospital in Lagos after spending weeks in intensive care for coronavirus complications.

READ:  ISIS jihadi stabs a Catholic priest before trying to blow up hundreds of worshippers during Mass [PHOTOS]

Before his death, APC members under the aegis of the Oyo State Aspirants Forum, declared a three-day fasting and prayer session for the former governor.

APC called for the prayers following reports that Ajimobi was on life support machine after slipping into coma last Thursday for the second time as a result of COVID-19 complications.

A reliable source close to the ex-governor disclosed last Friday that doctors treating Ajimobi had informed his family that his situation had defied every medical intervention and that only a miracle can bring him back to life.

Abiola Ajimobi, who governed Oyo State between 2011 and 2019, was survived by his wife, children. grand children.