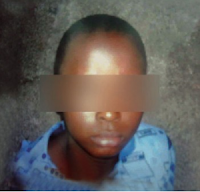 We often hear stories of male adults defiling young girls and sad as it is, we cringe everytime we hear such news. However, that of a female adult defiling a three year-old girl is unusual and has created a buzz online ever since Punch broke the news.

According to the report, the victim’s mother spotted blood in her daughter’s private part on June 21 when bathing her. On inquiry, she told her mother that the teacher used a pencil to prick her vagina in the school toilet. The little girl also said after she was defiled, the teacher used a white piece of cloth to clean the blood. Read the First story HERE…..Meanwhile continue reading.

The case is now being handled at the State Criminal Investigation
Department, Yaba, Lagos where a detective who craved anonymity, said the
victim’s parents immediately challenged the school authorities and
later reported the matter to the Isheri Police Division when they were
not satisfied with the school’s response.

He said, “The mother of the victim told us that her daughter returned
from school and when she decided to bath her at about 8pm, her daughter
began to cry when she was about washing her private part. The victim
told her mother that her teacher inserted a pencil into her private part
in their school’s toilet.

“The mother reported the case at Isheri Police Division where she was
given a letter to go to Lagos State University Teaching Hospital,
Ikeja. After medical examination, the doctor confirmed that the child
had been defiled.”

The report further stated that the girl’s parents were not happy with
how the police division handled the matter and alleged that the police
were attempting to cover up the alleged crime.

The teacher however denied the allegation.

I can’t imagine how sad the parents must feel to learn that their
little three year-old girl passed through such an ordeal. If the medical
reports confirmed that the girl had been defiled, then it is not
something to be swept under the carpet.

Being so young, it might be assumed by many that she gave a different
account of the story from what really transpired. But from
my experience with children of that age, they usually say it as it is.

It’s the teacher’s word against hers and if she was defiled, proper investigations must continue. 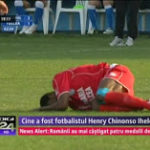