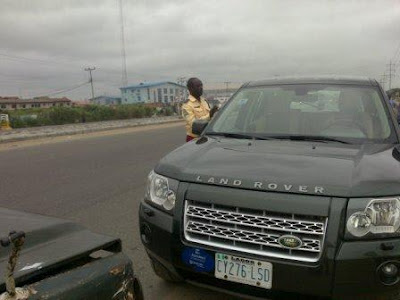 On Friday, August 10 2012 (yesterday) Mother of 3 and Stanbic IBTC Bank Employee, Yinka Johnson was driving along the Lekki Expressway. She was stopped by a member of the Lagos State Traffic Management Agency (LASTMA) who accused her of infringing traffic rules… see earlier post HERE. But there is another statement which was made by an eyewitness and now available online, to shed more light to the story. The eyewitness statement when you continue…

You might have heard the story going round about the Banker who allegedly killed a LASTMA official by knocking him down with her car.

Eye witnesses on the scene insist that the LASTMA official was in fact knocked down by a Danfo bus he was trying to accost AFTER he arrested the Banker for a traffic offence.
In fact, her car was about being towed as can be seen from the picture on the lastma website.
You can also see from the picture posted there that the car was empty. How did she get back in, ram the towing vehicle and killed the LASTMA man?
LASTMA is trying to skew the story as murder and she is currently in detention. Please note that I have seen her car and it doesn’t have a single dent on it.
Kindly spread the word and encourage eye witnesses to come forward and give statements at Panti where she is being held.

She is a mother of 3 (including a 2mth old baby who is with her in detention). I know her personally.
Please note that the incident happened yesterday morning 10/08/2012 at Ikota, Lekki Express Way. She was on her way to work.
Please call 08037076890 if you have information or witnessed what actually happened. We need eye witnesses to counter their lies. 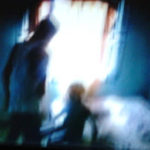