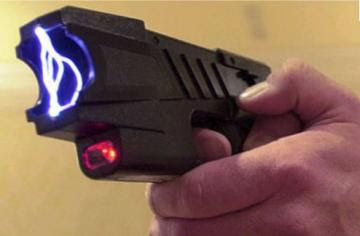 In a bid to test the potency of his newly acquired bulletproof “juju”, a
man, Ornguga Adega, of Agbatse village in Kwande local government area
of Benue State, shot his only son dead while conducting a gunshot test
on the boy.

The suspect,
who was immediately apprehended by men of the Benue State Police
Command, is currently facing trial at a Makurdi Chief Magistrate Court. According
to the First Information Report (FIR) by the police, the suspect and
father of the ten-year-old had in August 2012 bought some charm from a
native doctor with the belief that it was potent enough to prevent the penetration of bullets into his body. He
was said to have rubbed his “bulletproof” cream on the body of his son
in order to verify its efficacy and potency in line with the
instructions of the native doctor from whom he bought the charm…..Continue

According to the FIR, Adega fired a shot with his single barrel gun on
the right leg of his son following which the bullet shattered the leg
and also penetrated through to the left leg.

The boy was said to have bled profusely, but before his shocked and devastated father could get proper medical attention for him, the little boy bled to death.

When
the case came up at the Makurdi Chief Magistrate Court, police
prosecutor, Inspector Gabriel Egbonyi, said the accused was arrested at
the process of investigating the cause of death of the young boy.

Egbonyi further told the court that the accused confessed to committing
the crime and also acknowledged responsibility for the unfortunate
incident which prompted further police investigation into the matter.

Meanwhile
no plea was taken for want of jurisdiction. However, the prosecution
said investigation was still in progress in the matter and asked for
another date for hearing.

The Chief Magistrate, Mr Dan Ogoh,
ordered that the accused be remanded in prison custody and adjourned the
case to 12 September. 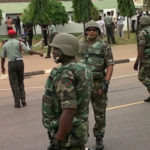