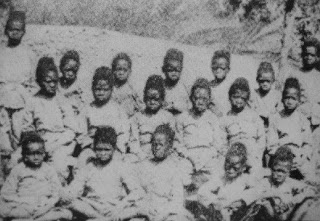 The Quick Response Group Team of the Nigerian Army on sunday
arrested a human trafficking suspect, Sunday Agbo from Benue State,
who revealed to journalists that child trafficking is now a booming business in Makurdi.

According to the commandant of Army Record, Major General Alphonso
Chukwu, investigations reveal that Agbo has been ‘securing’ children for
sums ranging from N4,000 to N5,000 by telling their parents he is
getting them jobs as domestic helps in Lagos.

While presenting the suspect to journalists on Friday, Major Chukwu
said he was arrested with 10 children – six boys and four girls aged
seven to 19 – on Thursday along the Itobe-Ajaokuta road. He was in a ash
colour Toyota Camry car with the registration number CW 322 LSD, headed
to Lagos.


When the suspect was confronted by the men of the Quick Response
Group, he first claimed the children belonged to him. Interrogation
later led to a confession that they were given to him by a Madam Janet
Akpa, an agent from the same village who asked him to deliver the
children to another agent in Lagos.

One of the children, Blessing Jacob, who said she had just finished
an examination to SSS 2 said she was told to follow the suspect to Lagos
only for holidays and temporary work. 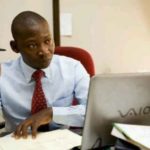