A suspect in custody in connection with the murder of Olaitan
Oyerinde, the Private Secretary to Edo State Governor Adams Oshiomhole,
has reportedly told police interrogators that he was offered N20m for
the job. He said he was paid N200,000 as part payment with which he recruited four others….If you missed the story, read about how he was murdered HERE, Adams Oshimole’s response HERE and how Tony Anenih was fingered in the murder HERE, if not continue reading by clicking read more below.

Five suspects, including the Executive Director of the African Network for
Environment and Economic Justice (ANEEJ), Rev. David Ugolor, have been
arrested in connection with the murder.
Rev. Ugolor was picked up
on Friday by the investigating team from the Force CID in Abuja. His
office and residence were ransacked. He was arrested after the suspect
named one “David” as the sponsor of the murder.

Police sources
said the suspect identified Rev. Ugolor during an identification parade
as the “David” that sponsored the killing.

It was gathered that
the suspect told police investigators that the deal to kill Olaitan was
sealed at a restaurant in Benin City and that Rev. Ugolor pointed
Olaitan to him at a bureau de change where the late Olaitan had gone for
a transaction.

He said they trailed the late Olaitan to a place
where he (Olaitan) and Ugolor had a drink before following him home to
carry out the killing.

Ugolor took the late Olaitan home the
night he was shot and he was the person called by Olaitan’s wife to take
him to the hospital after he had been shot.

Police sources said Ugolor and the suspect met on Sunday. Ugolor reportedly questioned him.
Ugolor, however, said he was being framed up for the murder of Olaitan.

The late Olaitan was murdered on May 4 at his Benin City home by unknown gunmen. 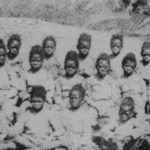