“At about 6pm local time, Governor
Oshiomhole’s convoy left the palace; it had not travelled too far down
the road when it ran into a barricade. Naturally, the security details
attached to the governor came down to remove the bar. As they were
clearing the place, tens of heavily armed thugs emerged from nowhere and
opened fire on the governor for several seconds.

Dutifully, the brave security details attached to the governor,
supported by an additional contingent of regular policemen deployed to
maintain law and order, rose to the occasion. They were able to shield
the governor, key government functionaries and others, including leaders
of Edo ACN to safety without sustaining any human casualties. But
several official vehicles, including Toyota Landcruisers, Hilux pick-up
van and Toyota Corolla saloon car were either badly damaged or riddled
with bullets.

“The Edo State Government wishes to condemn this latest assault on
Governor Oshiomhole in strongest terms and urge the national leadership
of Peoples Democratic Party (PDP) to call their members in Edo State to
order. The misguided elements in the rank in Edo State should realise
that not only they have the monopoly of violence.

But for the uncommon restraint displayed by the Governor’s team in the
face of sheer provocation, there could have been heavy casualty toll.
The state government wishes to enjoin the good people of Edo to remain
calm and be law-abiding, so as not to play into the hands of those bent
on plunging the state into anarchy to escape imminent defeat at the
polls.” 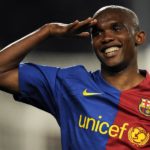