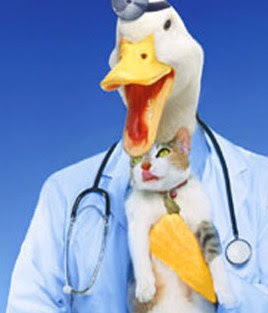 God bless
the lady that wrote this story. If many Nigerians will speak out just
like she has done, Nigeria will be a better place for us to live in. How
can Indians try to kill us in our own country?  Can you imagine this biko nu! After killing Nigerians in the Dana Plane crash!!! The worst part of it,
they were hurriedly given temporary permission to operate without passing
through the normal registration procedure by the Nigerian Medical
Council. For what now? Hmm, click to read the story as reported by
Globalville news……


I am hurt and I wish to spread this news fast. If
you had listened to the network news in FRCN this morning, this issue
was seriously broadcasted and analysed by the Reporter. It was also
broadcasted last week Monday.
The Indian operated Specialist hospital in
Karu Site, Abuja are Quacks, Fake, 419 and exploiters of Nigerians. If
you know anybody going or planning to go to that hospital, please stop
the person immediately.
The hospital was built by FCT as Karu
General Hospital but all of a sudden it was leased to this killer
Indians to operate as specialist hospital. Charges in this hospital is
exploitative, registration alone is N25,000.00.
MAIN ISSUE
In November 2011, my sister went to the
Indian Hospital for Fibroid operation. The Indian thieves diagnosed her
and said her case is very complex. She was charged a total of
N700,000.00. On the day of operation, she was taken to the theatre and
was Open up. What do I mean? She was torn OPEN-UP and stitched back
without removing any fibroid. When she recovered from the effect of the
Anastasia, they congratulated her for successful operation and that
lumps of fibroid had been removed from her. My sister requested from the
doctors to see the lumps which is a normal practice in every hospital,
the Indian thieves said the lumps had been taken to lab for analysis
that they will show her later. Till today my sister has not sighted the
fibroid lumps that were removed from her.
From the night after the operation, my
sister started feeling serious pains than what she had before. She
complained to the Indian thieves, they said it will be okay and
discharge after three days with the pains. She went home and had more
pains than ever aside the torn wound. We decided in December 2011 to go
for scan in another lab. The scan result shows that there are heavy
lumps of fibroid in her and that there is absolutely no sign that any
removal attempt had been carried out even though there is evident that
she was opened up for surgery. We tried the scan in another specialist
hospital in Asokoro, Abuja. It was the same result. My sister then
disguised herself with another name and went for scan in the same Indian
specialist hospital Abuja and they confirmed that she was open up but
not an iota of fibroid was removed from her. My sister lied to the scan
officers that the operation was done in Benin hence she will require a
comprehensive report from the Indian Killer hospital and they did a
beautiful job in putting the whole report in black and white.
January this year, my sister went for the
same fibroid operation in another hospital in Asokoro, Abuja and she was
operated successfully and the lumps of fibroid removed were shown, the
operation was videoed and pictures of everything were taken and are well
kept.
She has written petitions to Medical and
Dental Council of Niger, Nigerian Medical association, Minister of
Health, and we making effort to present it to the National Assembly.
Many media reporters have interviewed her, some have written already.
FRCN has carried twice as main news item.
Investigation by media reveals that those
Indians are quacks, they do not possess basic medical credentials. The
Head of the hospital an Indian woman is not a medical doctor. The deputy
is her son and not a medical doctor as well. A specialist hospital
operating in a Nigerian Government Built Infrastructure does not have a
medical director!
Nigerian Medical Council has confirmed that
this Indians were brought during the former Minister of FCT and were
horridly given temporary permission to operate without passing through
the normal registration procedure by the council.
DONT BE A VICTIM, BE WARNED. SPREAD THE NEWS TO ANY NIGERIAN YOU KNOW. AVOID INDIAN SPECIALIST HOSPITAL, KARU SITE, ABUJA.
Azubueze Pedro 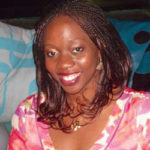 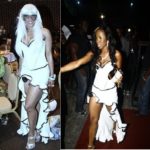