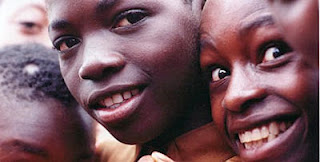 A mother
of five kids, Mrs Ijeoma Okafor, resident in Lagos State, Southwest
Nigeria, has reportedly sold three out of her five kids. The 39-year old
woman had been on the trail of the police after she sold two of her
kids and was eventually arrested after she sold the third one. Police
sources at State Criminal Investigation Department, SCID, Panti, Yaba,
Lagos said she confessed to selling two of her kids at the Mammy Market,
Navy Town before the third one.

She was arrested and charged to Yaba Magistrate’s court with child trafficking and trade.

Ijeoma was charged along with her other accomplices, Nkechi Eke, 37, and Benjamin Uche, 40, who facilitated the deal.
They are remanded at Ikoyi Prison, Lagos, after they were arraigned before the court.
P.M.NEWS
gathered that their activities were exposed when Ijeoma, who delivered a
child 12 months ago, contacted them that she wanted to sell the boy.
They arranged with a buyer at a Mammy Market in Navy Town where they had earlier sold the last two kids.
They were arrested and handed over to the police in the area. The matter was later transferred to SCID.
They were charged to court where they pleaded not guilty.
The presiding Magistrate, Mrs. M.O. Taniwola granted them bail in the sum of N100, 000 with two sureties in like sum.
The matter was adjourned till 21 June,
2012, while they were remanded in prison custody at Ikoyi, Lagos pending
when they will meet their bail conditions. 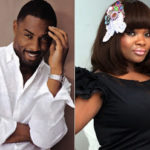 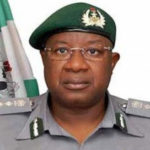