A Nigerian-born man was reduced to tears before exploding with rage at a jury who found him guilty of attempted murder. Temidire Owolabi, 21, of no fixed abode, was convicted of shooting a man in the Cakes and Shakes cafe in Woodford Green, east London. Owolabi stormed into the milkshake parlour on 14 November and shot 24-year-old James Bryant in the chest and arm with a pistol.

The victim, who formerly owned the business, spent two months in hospital recovering from the attack. A second man, Romaine Arthur, 23, of Chingford, Essex, is believed to have been involved in the incident and has been charged conspiracy to murder. Detective Chief Inspector Kenny McDonald, the senior investigating officer from the Metropolitan Police Trident gang crime squad, said: “The shop is on a busy high street and often frequented by children.

“With no regard for the safety of anyone in the premises, Owolabi burst through the door, raised his gun and fired it, shooting the victim twice. 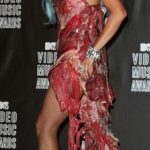