Determined to prove its allegation that Senator Mohammed Ali Ndume had a
convivial relationship with the Boko Haram Islamic sect before he was
apprehended by security agents on
November 21, 2011, the Federal Government, yesterday, called a witness
that testified against him before a Federal High Court sitting in Abuja……continue

The witness, Mr Abdulkareem Farouk Dauda, who is a lead investigative
officer with the State Security Service, SSS, yesterday, gave graphic
account of the processes that culminated in the arrest and subsequent
detention of the embattled lawmaker representing Borno South Senatorial
District.

Dauda, who is the first prosecution witness, PW-1,
told the court that Ndume was hulled in for interrogation, after the
convicted self-confessed spokesman of the sect, Ali Umar Konduga,
insisted that he was one of their sponsors. Source News Agency of
Nigeria 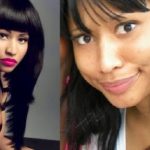