A 25-year-old painter from Kogi State, Iman Bello, is now cooling his
heels at the Divisional Police Headquarters in Gwagwalada for the murder
of his best friend, Chibuzo, during a fight over a pair of jean
trousers.
Recalling what happened, Iman disclosed
that the deceased was his close friend and that they used to wear each
other’s clothes without problems. “We were friends. We used to wear
clothes together. He took my jean trouser and refused to return it,” he
said……. continue reading…
He said things got out of control and “we started
fighting. I stabbed him on the neck with a knife. Between God and man, I
didn’t know I will kill him. After the thing happened, he just left. It
was the next morning that I heard he had died,” Iman added.
As soon as the news of Chibuzo’s death got
to Iman, he fled town to seek refuge in his brother’s house in Suleja,
Niger State, but reason prevailed after his brother convinced him that
such was not the best option. He advised him to hand himself over to the
police, which he did.
Speaking further on the unfortunate
incident, Iman said he regretted the way things turned out, saying he
never knew the fight would lead to death of his best friend. “I am not a
murderer and I pray that God saves me from this. I don’t want anybody’s
blood on my head. If God helps me out of this problem, I will serve him
all my life,” he added.
According to police records, Iman will be arraigned in court soon. 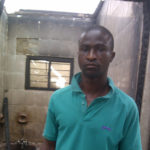 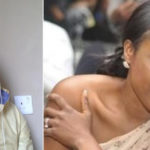