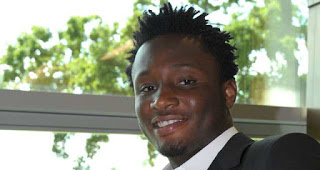 Sandra Okachie, the incumbent Delta Soap Queen
who won the beauty show in 2010 is sure enjoying a chumming affair with the
international football star, Mikel Obi. This National Enquirer can
authoritatively reveal.

Sandra who has reigned as the
Delta Soap Queen for three years now and has been a permanent face and model of
the popular soap, we gathered reliably is a live-in-lover of the Chelsea mid
fielder, Mikel in his U.K home and those close to them are saying that, the
secret affair might possibly be altar bound.

According to family sources,
Mikel is so much into Sandra that he has invested millions to settle her family
most especially the family residence located in Ajao Estate, Lagos which we
learnt had Mikel`s financial blessings.
Not only that, people in the know
also told this magazine that, Sandra`s elder brother, Christopher Okachie who
won the last Gulder Ultimate Search Season 8 is more or less like Mikel`s
personal assistant anytime he`s in Nigeria and that he carries his bags
including wallet anywhere he goes.
We also gathered that Sandra who
used to be an item with Osaze Odemwinge before he got married has been in
England for a while now and her absence in the country has been sending jitters
to the Chairman of Orange Drugs Limited manufacturers of Delta Soap, Chief Tony
Ezenna because of the close affinity they also share but efforts by the high
chief to recall her back were to no avail.
Culled From NationalEnquirer 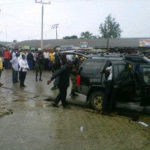