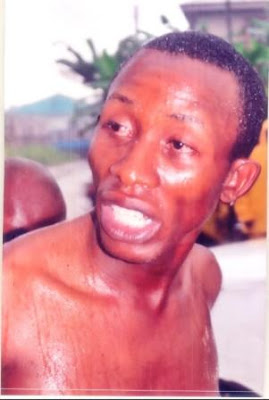 A man, about 28 years of age, suspected that has no known link with agents of the Boko Haram Islamic Sect who simply gave his name as Efe Eghwugbarodo is now in police net.

It
was gathered that the suspected arsonist sneaked into the church
building; Divine Fire Evangelical Mission at the Oghenevweta area of the
metropolis in the early hours of yesterday, armed with a 20 litre gallon filled with an inflammable liquid substance suspected to be petrol.

Efe, it was further gathered, had emptied the liquid substance on the alter rug, musical instruments and wooden benches and was struggling to ignite the objects but did not get response from his match stick.

According to a source,
the suspect was still battling with the matches when he was accosted by
some of the church women who had walked into the building to sweep the church at about 6.30am.

The source said the women
seized him and raised an alarm that drew the attention of residents of
the area who apprehended the suspect and immediately alerted men of the
Ughelli vigilante team that later handed him over to the police in Ughelli.

At the police station, the suspect told newsmen that he was a member of the church and not an agent of the dreaded Boko Haram Islamic sect.

He
said he was infuriated by the refusal of the General Overseer of the
church to allow the church members to attend the burial ceremony of his
late mother on the ground that his mother was until her death an idol
worshiper.

But in a swift reaction, the General Overseer, Rev. Michael Utoro described the arson attempt on his church as shocking and attributed the failure of the mastermind to succeed in the dastard act to the handiwork of God.

Contacted, the Divisional police officer in charge of the division, Mr.Garaje Gado said the suspect would be charged to court. 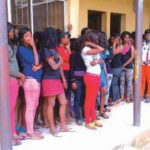