It was learnt that the pastor confessed that he
decided to kill his pastor and his brother because they are wizards and
they planned to kill him.

The matter was reported to Ohaukwu police station,the suspect
will soon be charged to court. The police PRO said that “5 am
this morning, a case of murder was
reported at Ohaukwu police station by a woman,
Mrs. Onyemaechi Onwe from Umuogodo Akpu
Ngbo village in Ohaukwu local government area of
the state.

“She reported that one Udoka Onwe, m, 22 years
murdered his father and Uncle. The suspect has a
church called Christ Rimites Church, CRC, and
when he was asked the reason he murdered his
father and uncle, he said that they were wizards
and that they want to use occultic means to kill
him.

“He has been arrested and he is still with the
police. The corpses of the deceased have been
taken to Ngbo General Hospital where an autopsy
is expected to be carried on the bodies.” 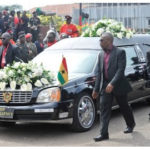 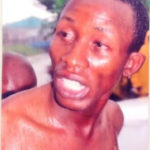