Former
Speaker of Delta State House of Assembly, Mr. Daniel Igbrude, allegedly
slumped and died in a hospital yesterday afternoon. Igbrude,
who became the Speaker of Delta State House of Assembly June 3, 2003,
was reported to have taken his child to St Luke’s Hospital in Asaba and
while the treatment of the child was going on, he demanded to use the
toilet and reportedly slumped and died there.
A
close source who pleaded anonymity, confirmed the death, saying: “This
is a great blow. We are all devastated by this (death). He was hale and
hearty when he went to the hospital.” He was said to have died at about
2pm.

Igbrude,
who was a staunch member of Peoples Democratic Party, PDP, had decamped
to DPP due to party differences, but in March last year staged a come
back to PDP, with some of his followers.

On
that occasion, the former Speaker formally announced his return and
that of the other DPP members to the PDP when Governor Emmaunel Uduaghan
paid a reconciliatory visit to his country home at Owhelogbo in lsoko
North Local Government Area of the state…May his soul RIP. 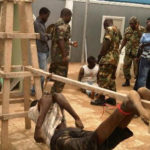 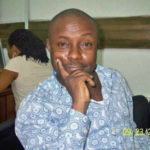