A powerful ocean tide yesterday swept away 16 people in Lagos . So far, 6 bodies have been recovered including that of a six year old girl. which is as a result of dangerous trend on Lagos beach fronts due to the mindless dredging of the Lagos beach fronts for construction of the Eko Atlantic City. A project planned and executed to create luxury homes for some 400,000 super rich and powerful Nigerians.
Last night the ocean conquered the boundary between it and the Kuramo Beach, sweeping away 16 residents, all of them presumed dead at this point. The vicious current first assaulted its neighboring Kuramo Beach near Goshen Estate and later spread  to Alpha Beach, Mayegun and Badagry waterfronts.
Several people have been displaced, and Lagos officials are capitalizing on the tragedy to eliminate several homes and small businesses owned poor people by blaming them for the tragic ocean storm.
Several small business owners and residents in the area told Saharareporters that the wave happens every year, but blamed this years ferocity on the construction of the new “Eko Atlantic City”. The said the dredging ultimately empowered the Atlantic ocean’s discharge of its tidal wave to maximum width and places, thereby causing the havoc yesterday.
The tide to forcefully pull down its border with the Kuramo beach.
The Lagos state government has deployed Policemen this morning to cordon off the Kuramo beach, while executing the Lagos State Government’s order to forcefully eject people from the area. 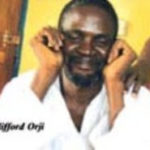