Men of the Army, Police and recently upgraded arms carrying security outfit, the Nigerian Security and Civil Defence Corps threw cooperation to the wind when six tankers were discovered in Kogi state laden with suspected illegal crude oil. State commandant of the Nigerian Security and Civil Defence Corps, Mr. Christopher Oluchukwu, insists that the NSCDC is backed by law to prosecute vandals of any government facility.
Three of the trucks were set ablaze yesterday at Ajogu village in Ajaokuta Local Government Area while the other three trucks were set ablaze in Lokoja, the state capital with their contents estimated at 198,000 litres….continue reading
The contents were suspected to have been siphoned illegally at Adogo in Ajaokuta Local Government and Osara in Okehi Local Government Area.
The Commander of the Joint Military Task Force, Lt.-Col. Gabriel Olorunyomi and the State Commandant of NSCDC, Dr Christopher Oluchukwu, supervised the exercise.
Mr. Tommy Kaladede, the Maintenance Engineer at the Lokoja Pumping Station of PPMC, witnessed the exercise on behalf of his organisation.
Speaking to newsmen after the exercise, Oluchukwu said the trucks were impounded by soldiers on September 9 at a spot in Adogo village which had recently been besieged by vandals.
He also said six suspects arrested in connection with the incident had been handed over to his command, saying they would be charged to court.
Oluchukwu decried the high rate of vandalism in the state and called for synergy among security agencies to check the menace.
He urged residents to help security agencies with useful information about the activities of the vandals.
The commandant described the economic loss caused by vandals as huge, adding that their activities were also polluting the environment and making life unbearable for those in rural areas.
Kaladede, in his remarks, expressed support for the exercise, saying the same treatment should be meted out to any truck used to siphon oil illegally. 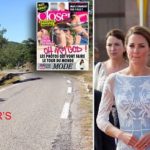