Some of us can learn a thing or two about love and relationships from
President Obama and Michelle. The couple has almost been married for 20
years, and in between the President’s hectic job and raising their two
children, they still find the time to go out on dates every single week.
The two were snapped on Thursday enjoying a romantic dinner before
kicking off their Labor Day weekend.

During an interview on TV One back in 2009, Michelle Obama said date
nights were absolutely essential for the couple as it gives them extra
time to bond. She also revealed that their daughters, Malia and Sasha,
absolutely love the idea of them going on dates because it lets them
know that their parents still adore one another.

That’s all part of it. its also a reminder that this
family is just not two folks raising kids but its two people building a
life together […] We learned how to sustain our relationship at a
distance which is why carving out that time, making sure we have Friday
or Saturday date nights and making sure it’s just not going to a movie.
You can’t talk at a movie, you can’t ask the questions and look them in
the eye. [<—#message]

So we usually go out to dinner and what I’ve found interesting is
that our girls like it. My oldest daughter says it makes me feel good to
see you and dad hold hands, you know, and we forget about that. We
think that they don’t care about that but they like the fact that they
know that we love each other. That gives them security. So sometimes you
lose sight of that when you think, ‘well as long as are taking care of
the kids, the kids are okay.’ The kids want you to have a life together,
they want to know that my mother and father love each other and if they
love each other that much, they are going to love me.

So she just made that statement over the last months and we kinda
looked at each other like ‘Wow’. So for all the parents out there, have
your date nights because its important to kids to know that their
parents are connecting. 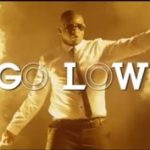 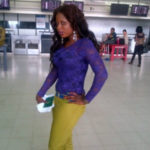