Menu
Right now in Nigeria, there are over 2 million couples secretly struggling with homosexuality in their marriages. Are you one of them? Are you having intimacy issues? Are you suspicious about your husband’s late night activities? Or are you oblivious to a problem that could be putting your health and the livelihood of your family at risk? Don’t tell yourself that you’re simply being paranoid without taking a closer look! Homosexuality can pop up at any time during a long-term relationship. Your spouse may have been experimenting with the “gay” lifestyle even before you met. Maybe he’s just using you as unwitting cover as he seeks playmates in the heterosexual world. For these types, the shame of being “outed” is so great that they will go to extremes to hide their lustful activities, even tricking a woman to marry them to appear normal in society…..Continue reading
Sometimes it’s the nervous family who has rushed a young man into marriage out of a fear that his secret will be exposed. For others, homosexuality can appear later in life when men crave some escape from the monotony of careers and home life. Same-sex experimentation is also connected to drug or alcohol abuse. Crystal meth and other narcotics are proven to lower inhibitions and to drive people to take incredible risks to feed their habits.
For the wife unsure about her husband’s proclivities, the most important thing is to first confirm your suspicions. Drawing on the expertise of spiritual and medical professionals, Christwire has put together a list of 15 commonly-accepted characteristics of men struggling with homosexuality within a marriage:
1) Secretive late night use of cellphones and computers
Porn addiction is closely associated with homosexuality and a secretive nature implies he’s trying to hide something from you. Be on the lookout for a man who doesn’t want to web surf or answer phone calls in your presence. Texting is another favorite trick used by adulterers. For the sake of trust, a married couple should share everything, including phone logs, email accounts, chat friends and website histories.
2) Looks at other men in a flirtatious way
When you’re out in public, does he spend too much time looking at other men? Is he fond of winking at people? Does he get visibly upset when someone does not return a compliment about his physical appearance?
3) Feigning attention in church and prayer groups
Have you noticed a lack of interest in spiritual issues? Does it ever seem as if he’s just using church as an excuse to spend time around young men? Does he volunteer to mentor in all-male groups?
4) Overly fastidious about his appearance and the home
Natural men have a certain amount of grit about them. They sweat and they smell. Homosexuals often abhor this sort of thing and will also be incredibly particular about the cleanliness of the home. Does your man tweeze his eyebrows, trim his pubic hairs or use face moisturizers? Is he picky about brand name shampoos? Does he spend more time getting ready for a night out than you do?
5) Gym membership but no interest in sports
Gay men use the gym as a place to socialize and to have secret liaisons in the bathrooms. They like to work out their bodies without the competition of sports play. Afterward, they use the showers and steam rooms to engage in sexual activity beyond the prying eyes of women. If your man returns from the gym too exhausted to talk or have sex, that is a worrisome sign.
6) Clothes that are too tight and too “trendy”
Gay men don’t need words to communicate their availability for sex “hook ups.” They silently broadcast the news by showing off their lean, hard bodies in designer clothing labels. If your husband owns skinny jeans and looks at his buttocks in the mirror or if he wears an inordinate number of small-sized t-shirts, it is probably worthwhile to pay more attention to his private activities.
7) Strange sexual demands
Fetishism is a sign that a man is seeking a harder thrill beyond the normal intimacy of heterosexual relations. The woman may not appeal to the deep desires that are coming to the surface as the marriage drags on. If there is a sudden interest in sodomy, sadomasochism, lubricants, role-play, sex toys or other non-traditional intercourse methods, this is clearly an indication of deep emotional abnormalities.

More interested in the men than the women in pornographic films

Pornography is a dangerous element in any marriage but there are many Christians who feel watching it does add something to their sexual lives. If you have gone down this road and find that your man perks up at the sight of the men in these sorts of videos, you should be concerned. If he selects films because of specific male actors, this is an obvious sign that he is suffering from a crisis of ego and desire.
9) Travels frequently to big cities or Asia
Some husbands will spend a great deal of money traveling far from home to hide their deplorable same-sex actions. Big cities offer indulgence of every kind. From gay bars and clubs to prostitutes and sex bathhouses, a man seeking encounters can find them easily if he’s so inclined. Is there ever really a good excuse for a husband to visit Thailand or San Francisco without his wife?
10) Too many friendly young male friends
Someone who makes an extra effort to surround themselves with younger men should raise concerns in any community. If this is the case with your husband, ask yourself if he prefers their company to that of women. Do they touch each other or embrace in long hugs? Do they exchange expensive, personal gifts like scarves or cologne?
11) Sassy, sarcastic and ironic around his friends
A man who is secretly engaged in homosexual activity with others may exhibit feminine qualities when they get together in a group. In a sense, he has “let his hair down” and this will be seen in excessive back talk and speaking with one’s hands.
12) Love of pop culture
It’s quite common for young men to enjoy the science fiction end of popular culture, but when your husband becomes overly obsessed with romantic and feminine shows, that is cause for alarm. Gossip websites, Glee and The Golden Girls are three well-documented icons of the gay movement that genuine heterosexual men avoid.
13) Extroverted about his bare chest in public
Does he go shirtless in the back yard or at picnics when other men are around? Does he wear a speedo at the beach? Does it seem like he’s purposely standing right in the middle of a crowd to show off his chest and arm muscles, peppering people with questions about how strong he looks? He may be craving physical affirmation from other men and desperately looking for hints of shared desires in those around him.
14) Sudden heavy drinking
Sometimes people dealing with an unbearable emotional issue like homosexuality will turn to alcohol to hide their distress. Does your man disappear on drinking binges for long hours without answering his cellphone? Is there a strange odor about him when he returns, some strange mix of cigarettes and gel? Does he cry frequently?
15) Ladies, have you dated men in the past who turned out to be gay?
This is an important question to ask yourself when your marriage starts to have problems. Statistics have shown that women who have encountered gay men romantically in the past are the most likely to repeat this mistake in future relationships. If you answered yes, you should ask yourself whether you’re honestly looking for a man or just a shopping companion. Is sharing gossip more important to you than raising children? Ultimately, it’s a question of getting your priorities straight! 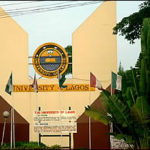