A 32-year-old man downed dozens of roaches and worms to win a python at a Florida reptile store, then collapsed and died outside minutes later. Edward Archbold was among 20 to 30 contestants participating in Friday night’s “Midnight Madness” event at Ben Siegel Reptiles in Deerfield Beach, authorities said.

The participants’ goal: Consume as many insects and worms as they could to take home a $850 python.

Archbold swallowed roach after roach, worm after worm. While the store didn’t say exactly how many Archbold consumed, the owner told CNN affiliate WPLG that he was “the life of the party.”…Na wa o, eat cockroach to win a python? What will someone not hear from oyibos…continue reading
“He really made our night more fun,” Ben Siegel told the station.
Soon after the contest was over, Archbold fell ill and began to vomit, the Broward County Sheriff’s Office said Monday.
A friend called for medical help. Then, Archbold himself dialed 911, the store said in a Facebook post.
Eventually, he fell to the ground outside the store, the sheriff’s office said. An ambulance took him to North Broward Medical Center, where he was pronounced dead.
The Broward Medical Examiner’s Office conducted an autopsy and are awaiting test results to determine the cause of his death.
No other contestant fell ill, the sheriff’s office said.
“Very saddened by this. I mean, it was a shock,” Siegel told WPLG. “Eddie was a very nice guy. We just met him that night, but everybody that works here was very fond of him.”
Luke Lirot, who says he is legally representing the store, said in a post on the store’s Facebook page that all participants “signed thorough waivers accepting responsibility for their participation in this unique and unorthodox contest.”
“The consumption of insects is widely accepted throughout the world, and the insects presented as part of the contest were taken from an inventory of insects that are safely and domestically raised in a controlled environment as food for reptiles,” Lirot said.
In the wild, cockroaches are scavengers that pick up various bacterial organisms such as salmonella while walking through spoiled food, the New York City Department of Health and Mental Hygiene explains on its website.
Cockroaches themselves don’t transmit disease, though “many disease-causing organisms can grow and multiply in their guts and can then be deposited … during defecation.”
Pharaoh Gayles was one of those who took part in the contest. He explained his reasoning to CNN affiliate WPTV.
“Some of the snakes were pretty expensive,” he said. “I thought if I could eat the bugs to get one, it’d be a good idea.”..CNN 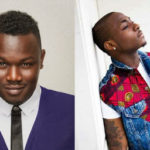