The Pakistani schoolgirl shot in the head and neck by the Taliban has been flown to Britain for treatment. (Read about her HERE)
Malala Yousafzai, 14, was seen leaving a military hospital in Rawalpindi on a trolley this morning before being driven to the airport. She travelled to the UK in a specially equipped air ambulance provided by the government of The United Arab Emirates, along with a British medical team that accompanied her.
The teenager, an outspoken advocate for girls’ education and critic of the Taliban, arrived Britain at  3.30pm and was taken to the Queen Elizabeth Hospital in Birmingham for treatment. Malala has already had a bullet which was headed for her spine. removed from her head last week after she was shot. But experts believe damaged bones in her skull will have to be repaired or replaced and she will need intensive rehabilitation…..continue reading
Her horrific ordeal has touched millions of people around the world who admired her extraordinary bravery in standing up to the Taliban. All expenses including transportation of Malala by specially equipped air ambulance and treatment abroad will be borne by the government of Pakistan.’
A Downing Street spokeswoman said in a statement: ‘We offered last Thursday our help to the government of Pakistan in caring for her because she does need particular specialist care,’ said the spokeswoman.
‘The authorities in Pakistan have taken us up on the offer, so she is on her way and she will be at the Queen Elizabeth Hospital in Birmingham.’
The spokeswoman said that ‘security has been taken into account.’
The shooting occurred after a group of militants riding on a bike stopped the bus carrying the schoolgirls.
Masked men then boarded the vehicle and pointed guns at the girls, asking for Malala.
A hooded Taliban militant shouted: ‘Which one of you is Malala? Speak up, otherwise I will shoot you all. She is propagating against the soldiers of Allah, the Taliban. She must be punished.’
Almost as soon as he shouted this, the militant recognised the youngster and shot her at point blank range.
Last week authorities announced they have identified her attacker and offered a 10,000,000 rupee (£119,000) reward for his capture.
On arrival at a military hospital, Pakistani doctors removed a bullet from Malala’s body that entered her head and headed toward her spine.
The military has described her recovery as satisfactory and said she was able to move her legs and hands several days ago when her sedatives were reduced.
They have not said whether she suffered any brain damage or other permanent damage.
On Monday, the military said damaged bones in Malala’s skull will need to be repaired or replaced, and she will need ‘intensive neuro rehabilitation.’
The Pakistani Taliban said they carried out the shooting because Malala was promoting ‘Western thinking. 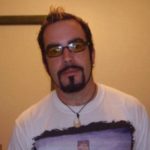