The University of Port Harcourt (Uniport), Rivers State, the school which at least three of the murdered #ALUU4 attended, has declared seven days of mourning for the students who were killed by irate mobs at Omokere-Aluu community on Friday, last week.
The Vice Chancellor of the University, Prof. Joseph Ajienka, announced when he spoke to newsmen at the main campus of the university. Prof. Ajienka described the killing of the students as a horrendous crime and said that UNIPORT would not condone any act of jungle justice. He also commiserated with the bereaved families.
In honour of the victims, Prof. Ajienka said that the university decided to suspend its students’ union week, which was to have commenced yesterday. The university instead declared a seven-day mourning period, which would end on Sunday. However, the university would still be in session during the period marked for mourning.
He said the three deceased persons confirmed to be students of the university were Biringa Lordson, a year two Theatre Arts student; Ugonna Obuzor, a year two Geology student and Mike Toku, a year two Civil Engineering student.
However, the vice chancellor could not confirm if the fourth person, Tekena Erikena, killed alongside the other three was also a student of the university. He said efforts were still on to confirm that. 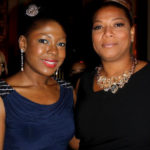