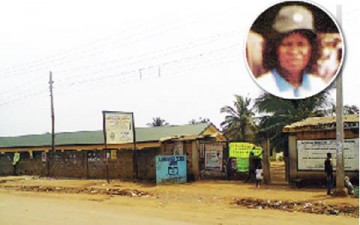 Fifteen-year-old Janet (not real name), one of the victims of the virginity test allegedly conducted on pupils. In an interview she said her principal, Oladeojobi, went into some Senior Secondary School One classes, SS1 and announced that she would be conducting virginity test on them.
She marched us with the assistance of some members of staff into her office and thereafter conducted the test on us. The first person who did the test… didn’t do it willingly…..continue reading….
She described the principal as a disciplinarian who complained about rumours that the female pupils were in the habit of sleeping around with classmates and technicians.
Janet said the test was carried out in the principal’s office.
“A bed was placed on the floor of the office and our principal and two other nurses were there with two other members of staff. One of the nurses works in our school’s sick bay while the other nurse was invited.
The resident nurse removed the glove she used for the person before me and wore another one. She positioned me on the bed, removed my pants, spread my legs and observed my private parts with her eyes. She then dipped two fingers into my private parts. The principal was beside her that time and the nurse told her (principal) that I was a virgin.
The principal said I should not mess around with boys and she gave me an Ogun State Government customised exercise book.”
Meanwhile, the Ogun State Government has said that the resident nurse of school, identified as M.B. Makinde, will face the five-man panel set up to investigate the matter.
Commissioner for Education, Science and Technology, Segun Odubela, told reporters on Friday that the state government would not spare anyone found culpable in the alleged offence.
He said the five-man panel which was inaugurated on Thursday had already begun work, adding that the investigation of the panel would be “all-encompassing.”
The pupil said although she heard tests weren’t conducted on girls on their period at the time, but that some people had bled during the process and for the girl who was not a virgin, Janet said she heard the principal suspended her immediately.
“The principal has since been suspended. I think she should be arrested. She’s scarred some of these young girls for life!”
The Ogun State Commissioner of Police, Ikemefuna Okoye, has ordered the transfer of the case involving alleged virginity tests conducted on pupils of  Ajuwon Senior High School, to the State Criminal Investigation Department, Eleweran, Abeokuta.
Police investigation intensified with the accused, the school principal, Rev. Olufunke Aladeojobi at the school in Ifo Local Government Area, Ogun State.
According to reports, the Ajuwon Police Division was taken off the case.The Public Relations Officer, Ogun State Police Command, Muyiwa Adejobi, an assistant superintendent of police, said on Friday December 21, that the CP made the decision to allow a “discrete investigation” into the case.
“The Ogun State Police Command is not happy about the incident that happened in the school and we want to assure the victims, victims’ parents, individuals and groups who have expressed concerns and raised eyebrows that the command will get to the root of the matter,” said Adejobi. 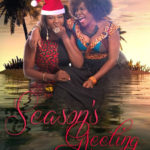